You might think that it’s normal to experience some memory loss as you age. After all, you probably saw your grandparents and parents lose certain memories. Maybe you’ve caught yourself running through a list of names when you talk to someone, hoping that you’ll land on the right one eventually.

But what if memory loss isn’t inevitable? What if there were something you could take, right now, that would protect your brain and prevent memory loss?

One product that claims to have the answer is called Super Memory Formula. In this review, we’ll explain what it is, how it works, and who it’s designed to help. We’ll also talk about what the scientific community has to say about it. At the end, we’ll give you a list of pros and cons as we see them and make a final recommendation about whether Super Memory Formula is a product that’s worth buying.

What is Super Memory Formula?

Super Memory Formula is a nutritional supplement that is sold only online. Its formula was specifically designed to incorporate nootropic ingredients. (The word ‘nootropic’ means that an ingredient enhances cognitive function.) It’s meant to protect your brain and boost your memory.

The active ingredients of Super Memory Formula are as follows: 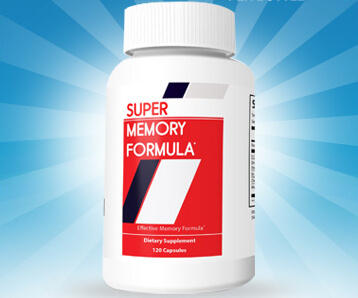 These six ingredients work together to provide your brain with the boost it needs to retain your memories. Healthy brain function is important and giving your brain the nutrients it needs can not only forestall memory loss, it may also protect you from other brain-related diseases like depression and anxiety.

Super Memory Formula is the brain child of Dr. Michael J. Duckett. His research into memory loss began in the wake of a devastating personal tragedy.

When Dr. Duckett’s son died by suicide, he was thrown into a deep depression. He began to experience cognitive difficulties as a result. First he had panic attacks that were the result of post-traumatic stress from discovering his son’s body. Over time, he lost memories and feared that his brain had been permanently damaged.

He threw himself into researching the brain and discovered that many of the pharmaceutical drugs that are prescribed for depression and anxiety may have a negative impact on other areas of cognitive function. He wondered if there was a better way.

Eventually, he identified the six key ingredients in Super Memory Formula. He put them together into a nutritional supplement that people could take to protect their brains and prevent memory loss.

Who is Super Memory Formula Designed to Help?

Super Memory Formula is designed to help anybody who wants to be sure that their brain is getting the nutrients and support it needs to be healthy. If you’re someone who has already started to experience some memory loss, then Super Memory Formula can help prevent additional cognitive decline. And, if you’re young but simply want to make sure that your brain is healthy as you age, then taking this formula may provide the solution.

What Will You Get When You Order Super Memory Formula?

As we stated above, Super Memory Formula is a nutritional supplement. It comes in a bottle with 120 capsules, which works out to a 30-day supply since the recommended dosage is four capsules per day.

Super Memory Formula is sold by the bottle and in packages of three or six bottles. In addition to the supplement, the company is also offering a free report as a bonus. 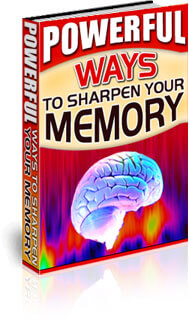 The bonus item is called Powerful Ways to Sharpen Your Memory. It’s a short report that contains information, advice, and exercises you can use to hone your memory and improve your cognitive function. One of the reasons that our memories tend to decline as we get older is because we don’t use them. This report encourages you to think of your brain as a muscle that needs exercise to work properly.

Sometimes, bonus items don’t seem to have anything to do with the main product. That’s not the case here. The information in the bonus report is designed specifically to work with Super Memory Formula to improve the health of your brain.

What Does the Scientific Community Say About Super Memory Formula?

Any time we review a nutritional supplement, we like to take a close look at the ingredients to see if the scientific research supports the claims made about the product. Fortunately, there’s plenty of research available into the ingredients of Super Memory Formula.

Let’s start with an article in the American Journal of Nutrition. It reviewed several studies of choline and found that choline played a crucial role in brain development. In fact, the effects of choline were so profound that even late in life, researchers could pick out the people and animals who had a sufficient supply of choline in childhood based on their brain function.

Choline may even be part of the puzzle when it comes to determining a cause for Alzheimer’s disease. Alzheimer’s patients who received 1,000 milligrams of choline per day experienced improvements in mental performance in key areas of the brain, according to a study from 1996.

Another key ingredient in Super Memory Formula is L-carnitine. A study from 2002 found that when aging rats were given L-carnitine, their brain function improved as a result. Specifically, the L-carnitine appeared to repair oxidative damage in the rats.

The key takeaway here is that the main ingredients in Super Memory Formula have proven memory-boosting effects. They support healthy brain function by giving the human brain what it needs to work properly. There is reason to believe that taking Super Memory Formula will be beneficial to your brain.

Any supplement you can find in stores or online has pros and cons. Let’s look at the ups and downs of Super Memory Formula, starting with the pros as we see them:

There are a few potential downsides to consider:

Overall, we think that the pros outweigh the cons. While the price may be higher than your copay, there’s also evidence that the ingredients in Super Memory Formula are better for you than many prescription drugs.

How Much Does Super Memory Formula Cost?

By now, you’re probably wondering how much you will pay to get a supply of Super Memory Formula. As is the case with many supplements sold online, there are discounts available if you choose to buy in bulk.

Remember, each bottle of Super Memory Formula contains 120 capsules, or a one-month supply. Here’s how the pricing works:

Shipping is free in the United States and $19.99 for international shipments. It’s also worth noting that Super Memory Formula is sold with a 60-day, money-back guarantee. If you order it and don’t get the results you’re looking for, you can simply email the company and get a full refund.

Remember, your order also includes a copy of the free bonus report, Powerful Ways to Sharpen Your Memory.

Our final recommendation is that Super Memory Formula is a product that’s worth trying. There is plenty of research to support the idea that the ingredients are beneficial to brain health, and the money-back guarantee means that there’s no real risk associated with trying the product.

To get your supply of Super Memory Formula today, please click here now. 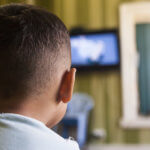 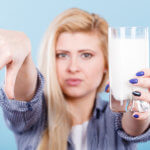