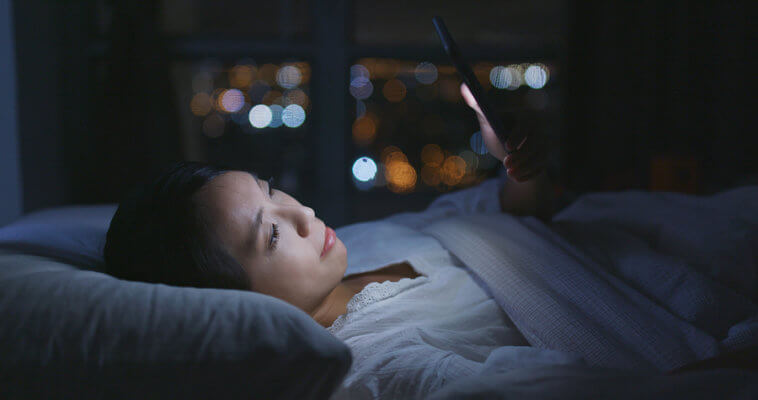 Smartphones have quickly become a large part of our daily routine. We're constantly checking them for updates and browsing apps for hours.

Is it possible your favorite pastime could be damaging your eyes?

If you have seen a ray of sunlight filtering through your house and hitting a droplet of water, then you probably have been amazed at the explosion of different colors. Sunlight consists of red, orange, yellow, green, blue, indigo and violet light. Each ray has different wavelength and energy – as you go towards red rays,the wavelengths tend to be longer and have less energy while those that are closer to violent have the reverse.

The light emitted from your phone is called the blue light and has more energy with less wavelength. Other sources of blue light beside the sun include fluorescent bulbs, LED, computer monitors, smartphones, and flat screen LED TVs. When we spend a lot of time exposed to blue light,we can permanently damage our eyes.

Blue light is not all bad it has the benefit of boosting attention and moods. 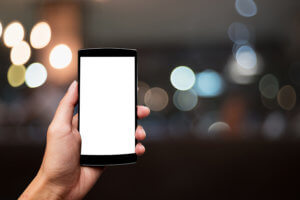 The eye while effective in blocking most of the ultraviolet light is unable to prevent the blue light from reaching the retina – part of the eye that is light sensitive and is located at the back of the eye. The retina has light-sensitive cells, and when damaged they cause macular degeneration which eventually leads to permanent loss of vision. A study done by the University of Toledo revealed that long-termuse of phones leads to vision loss in the United States. Photo receptors cells which are often destroyed by the blue light are associated with capturing visual images and sending the signals to the brain for interpretation. What is not clear is how much and for how long blue light becomes toxic to the eyes.

The researchers also found that as the cells behind the retina get destroyed, a person is left with a blind spot and this eventually leads to permanent damage to the eyes. Almost half of the cases of vision loss follow the above pattern. The team focused their research on a chemical called retinal that is found in the retina. Retinal is a form of vitamin A.

For you to see effectively, you need a constant supply of retinal.

When the researchers fused retinal to several cell cultures, they discovered that other cells –like heart and liver – where destroyed by blue light. However, cells were not damaged by other forms of ray colors it was just the blue light.

Macular degeneration is common with people over the age of 60 years because your eyes cells get weaker as you age. The retinal cells become diminished,and this causes a gradual loss of vision.

One thing that is certain is blue light is more harmful to your eyes at night. This is because the light rays are channeled through a small area of the eyes than during daytime.

Since the blue light has a shorter wavelength when compared to other types of rays, it scatters more. When you stare at your phone for long, you are most likely to experience eyestrain. This is because the blue light is not focused and leads to less contrast. Users also suffer from dry eyes which is as a result of staring at the screen for extended hours. Blinking is part of the eyes cleaning system. You need tears to clean the eyes off dust and other particles. When you blink less, your tears evaporate faster. 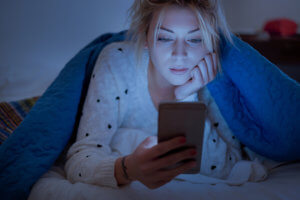 What solutions are available?

Some of the top smartphones have introduced cool features like blue light filters and night shift. These features enable the user to reduce the light been emitted by their smartphones.

You can also take a break from the screen and let your eyes relax. Breaks can range from 10 to 20 minutes. Changing your eye gaze from the computer screen to another is also good for the eyes.

We love our technologically advanced gadgets. But, these gadgets are causing a gradual decline in vision. People are spending more hours on their smartphones than in reading or just absorbing nature. While blue light emitted by the sun is beneficial for our well-being, prolonged exposure can cause permanent damage to your eyes. To prevent this from happening, take short breaks from your computer or smartphone to do something different. When going to bed, try switching your phone off so that you can give your eyes time to rest. 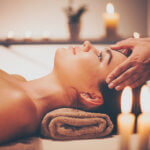