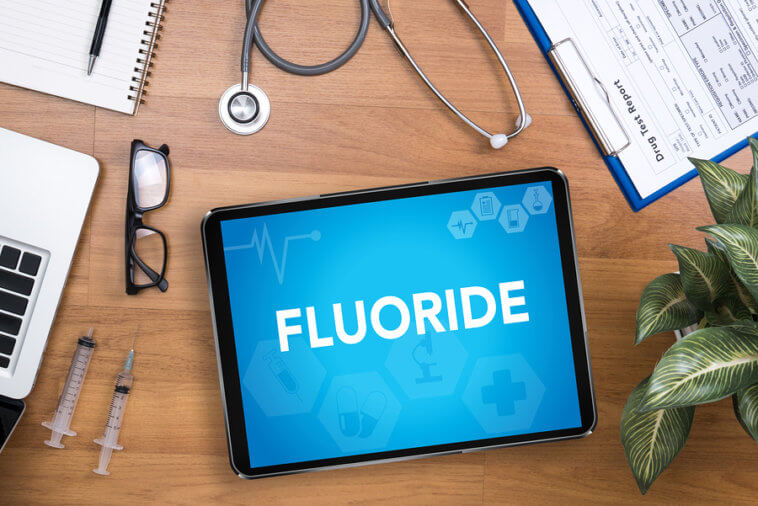 Fluoride dangers – something that can be found in many things all around us. It can be in various foods, water, and even soil. For years it has been produced synthetically and added to household products such as toothpaste.

This raises an important question.

Are there chemicals lurking in your water? 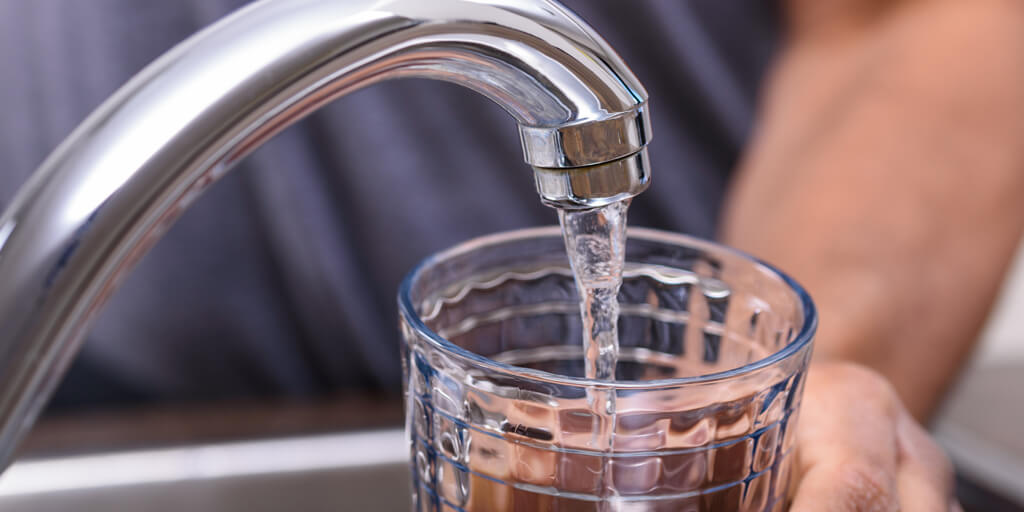 Where Does Fluoride Come From?

Fluoride comes from an element known as fluorine. This is a very common element that is abundantly found throughout the world. Similar to iron and calcium, fluoride is absorbed into ground water. As a result, it becomes part of our drinking water. Drinking water is tested by city officials and municipalities on a regular basis. When there is not enough found in drinking water, they add to it in order to ensure optimal levels.

The fluoride that is added is taken from natural calcium deposits that are found in phosphate rocks. It is then purified.

There are many who oppose the addition of fluoride, claiming that it is a waste product produced from fertilizer and therefore unhealthy for our bodies. This is where health concerns come into play. 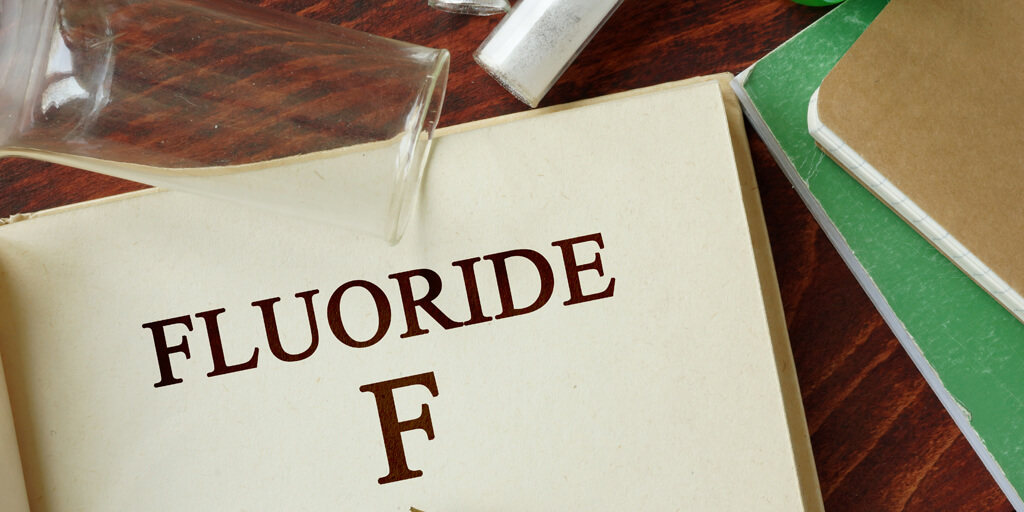 Tooth decay is known to be one the most common health problems among children. Dental care can be expensive and many people simply cannot afford the necessary dental care that is often needed. This is one of the reasons that fluoride is added to drinking water and other products, in the hopes of helping with tooth decay.

However, some are concerned that fluoride could have a negative effect on health, causing problems with bones, teeth, and even neurological development.

Ever noticed small specks or streaks of white on a person's teeth? Some studies have found that exposure to high amounts of fluoride during childhood can cause this. Mild dental fluorosis can have the most affect on developing teeth, when they're most vulnerable.

While this does not affect the overall health of the teeth, the spots will certainly be noticeable.

It is suggested to breastfeed or to mix formula using fluoride-free water to prevent this from happening in small children. It is advised that children under the age of 6 not be allowed to use a mouthwash that has fluoride in it. They should also be closely supervised to ensure that they do not swallow toothpaste.

Excessive exposure to fluoride can also lead to bone problems. A bone disease known as skeletal fluorosis is commonly caused by high amounts of fluoride. Over time, it can cause not only pain but damage to the bones and joints as well.

It causes the bones to become hardened and to lose their elasticity. This increases the risk of fractures or broken bones. If it goes on too long, the bones will thicken and bone tissue will accumulate. This will in turn cause impaired joint mobility. 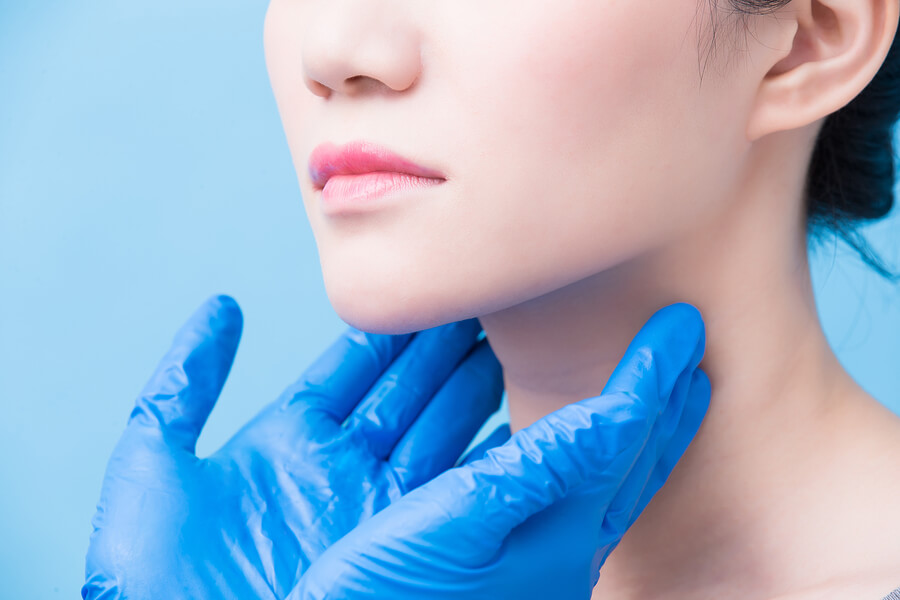 This may not be one that many people think about. Excess amounts of fluoride can cause damage to the parathyroid gland. As a result, hyperparathyroidism can develop. This results in the glands created an excess of hormones.

Over time, the calcium in bone structure depletes due to this condition and much higher than normal concentrations of calcium are present in the blood. If your calcium concentrations are too low, you will become much more susceptible to fractures.

In 2017, a report came out based on studies focused on possible neurological effects of fluoride. The report stated that exposure to fluoride before birth could result in poor cognitive functionality later in life. The studies were conducted with 299 women while they were pregnant and in their children when they were between 6 and 12 years old. The cognitive abilities were tested at 4 years old as well as between the ages of 6 and 12.

The results found that those who consumed higher levels of fluoride, had lower scores on their IQ tests.

All of these are pretty serious conditions potentially caused by fluoride and have a lasting impact in your life. 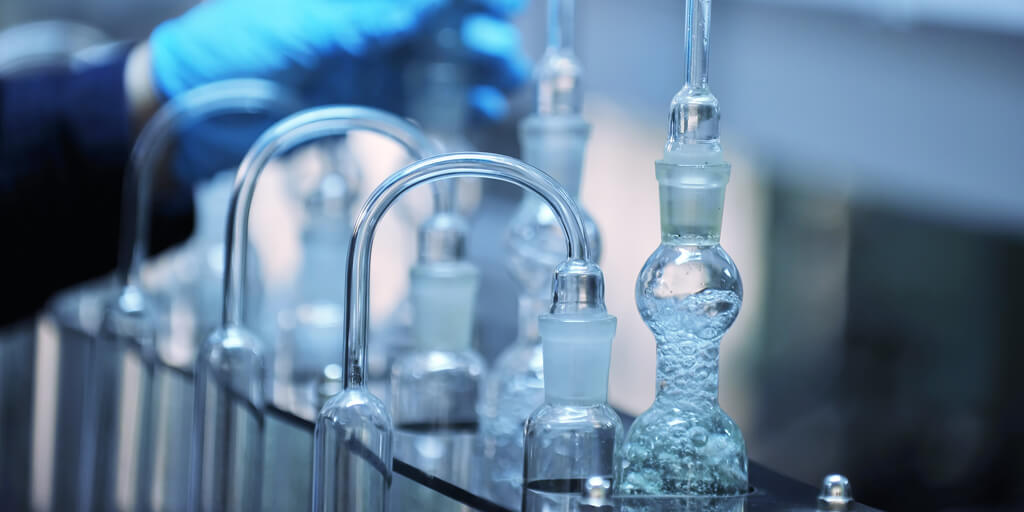 Other issues have been linked to fluoride consumption by the International Association of Oral Medicine and Toxicology. Commonly known for their campaigns against mercury and stance on fluoride dangers, they say that it is also linked to:

• Acne and other skin issues

•Reproductive issues (including low fertility and early puberty among girls)

•Various conditions that affect the joints and bones including bone cancer, osteoarthritis, and temporomandibular joint disorder (also known as TMJ)

•Neurological problems including links to ADHD 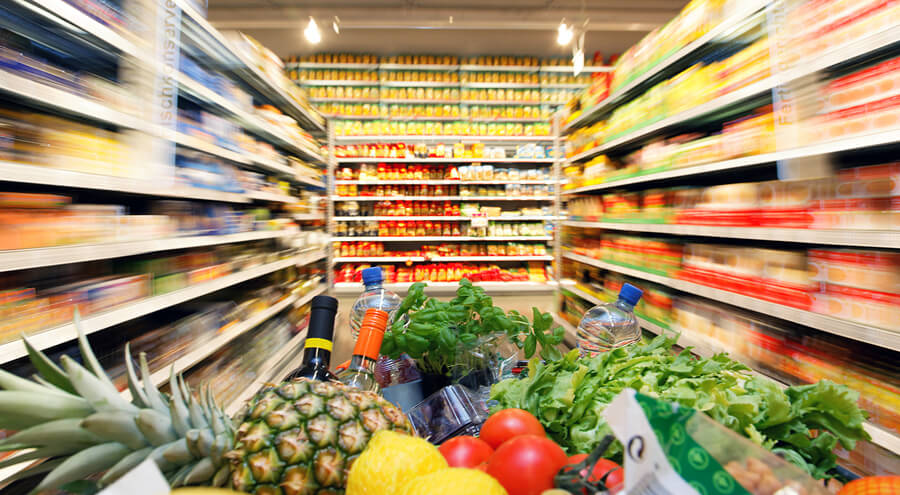 While fluoride is commonly found in drinking water and dental care products, it's also found in unsuspecting places. Touted as a health benefit, fluoride added to water or toothpaste is often labelled as such. These surprising products listed below may not be labelled as fluoride containing.

More people are switching from daily cups of coffee or sodas to alternative beverages. Reaching for green tea or kombucha instead of super sugary drinks helps you maintain a healthier lifestyle. Unfortunately, both could be very high in fluoride content. The USDA National Fluoride Database of Selected Beverage and Foods has stated that tea actually has anywhere from 5-10 times more fluoride than a regular can of soda.

This figure includes many variations of tea, including black tea, oolong, and even green tea. It does not matter if it is organic tea or not.

Studies also showed that fermenting it into kombucha has absolutely no impact on the fluoride. 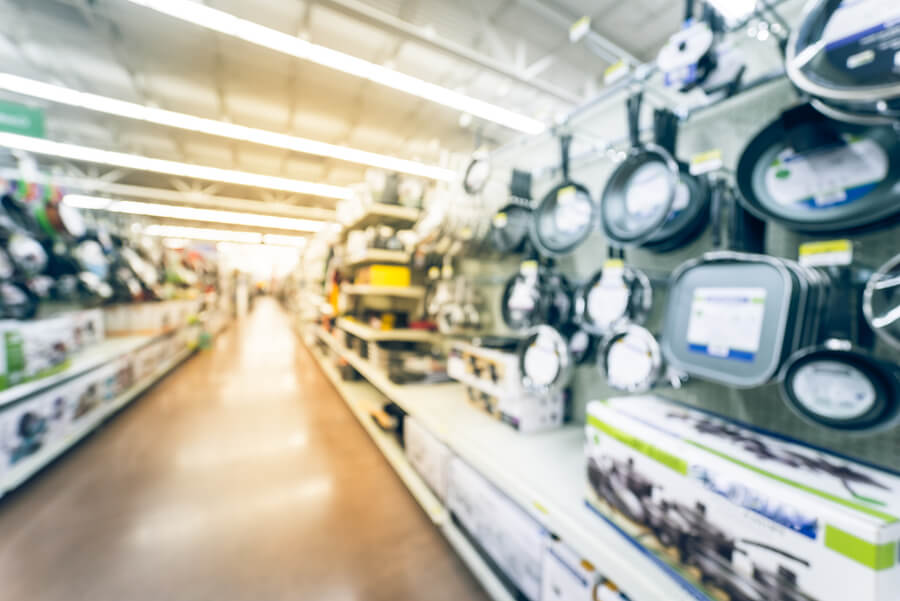 Yes, you read that right. Chances are that your pots and pans right in your cabinet contain potentially harmful levels of fluoride. They actually increase the levels of fluoride in your foods when you use them to cook. The amounts are increased by up to 3 times the amount.

While some may not think buying organic is worth the higher price tag, this might make you think twice. Fruits and vegetables that aren't grown organically can be one of your biggest sources of fluoride. This is due to fruits and vegetables that are not organically grown being sprayed with fluoride based pesticides. Whether the produce lands on your table whole or is processed into juices or wines, the fluoride can still be present.

So, we have discussed the many fluoride dangers and the unsuspecting sources that allow it to absorb into our body unknowingly. Now, let’s talk about some of the natural alternatives to fluoride. Yes, it is possible to still use things that you enjoy and avoid the intake of fluoride! Sometimes they are just different variations that give you the same results.

Coconut oil has many antibacterial compounds. It can be a much better choice than traditional toothpaste as well. It will help to increase the overall health of your mouth as well by killing bad germs which lead to gum disease.

You can also use it to moisturize your skin rather than using cosmetics that may contain harsh chemicals. 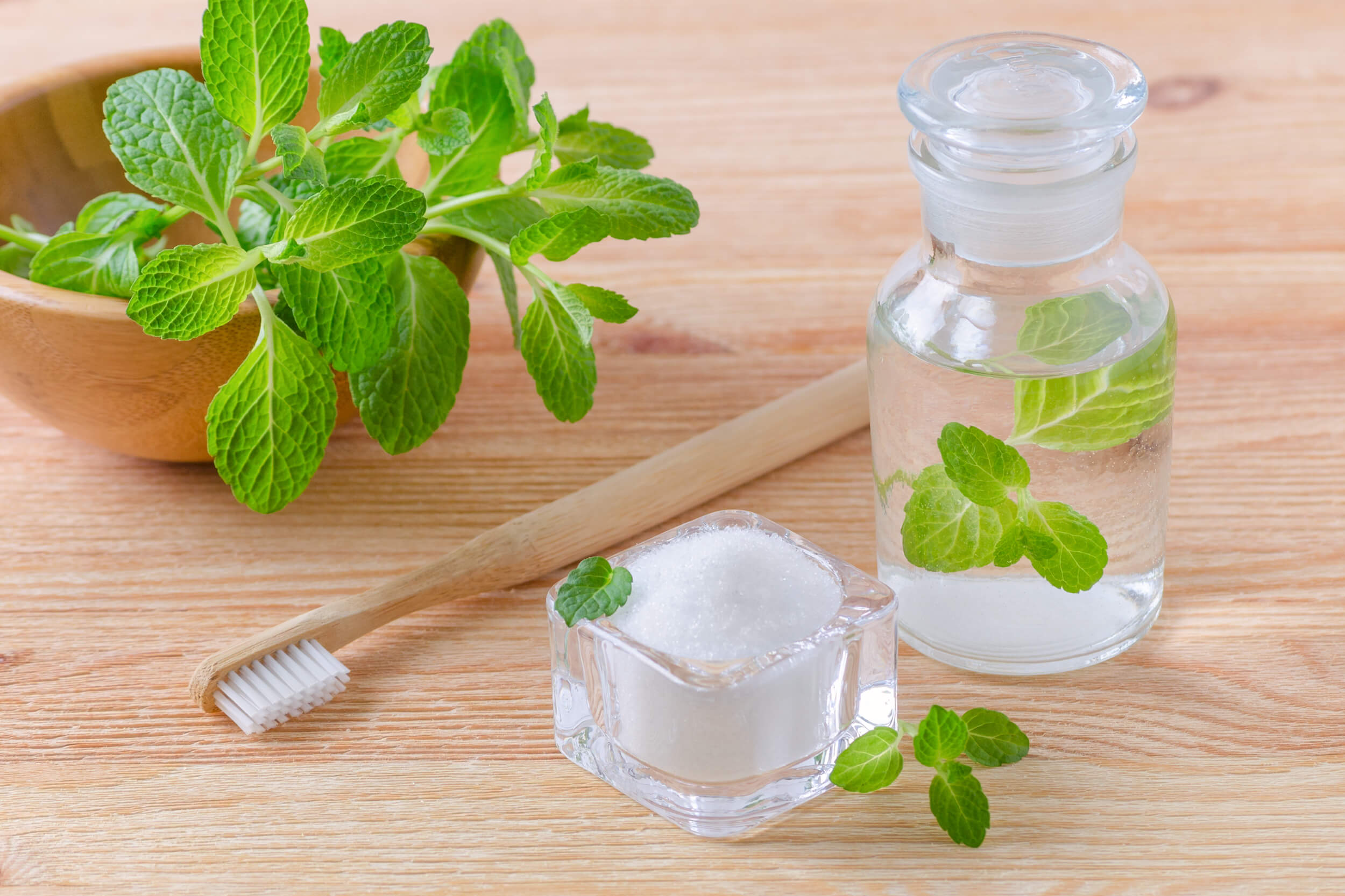 You can use this as a way to brush your teeth. It will kill the germs and is just abrasive enough to remove plaque easily from your teeth. In cleaning your teeth, you want to remove the plaque but do not want to damage the enamel. All you need to do is add some sea salt to a bit of water and dip your toothbrush in. Then, scrub away! 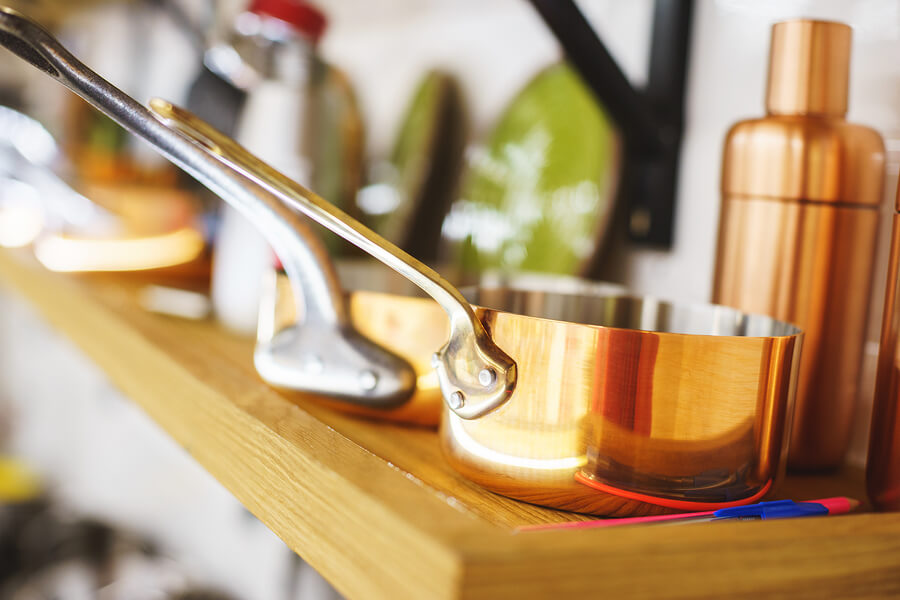 As we mentioned, your pots and pans can strongly contribute to your fluoride intake. This comes from the non-stick cookware. If you stick to cast iron or ceramic non-stick, you will eliminate this part of the problem. 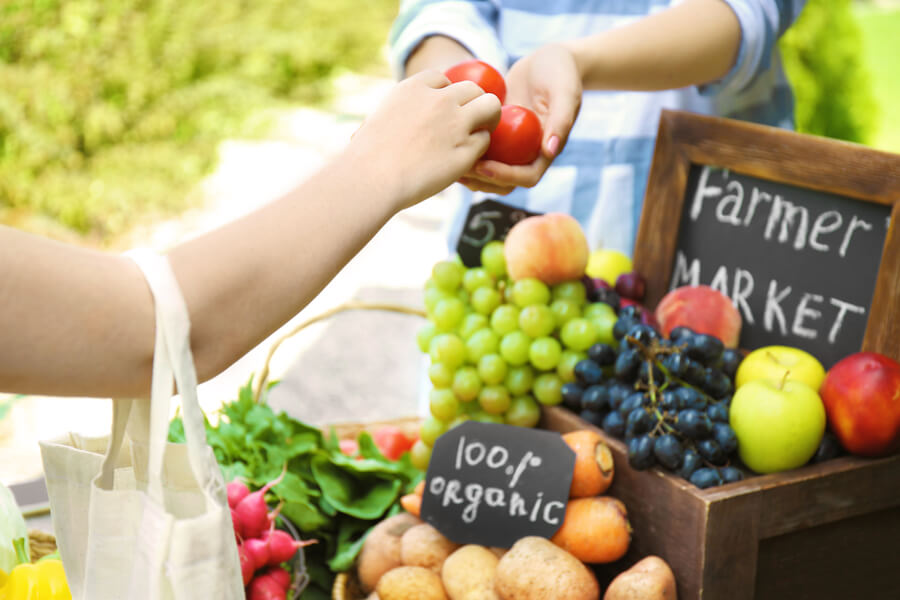 While organic fruits and vegetables are in every single market and grocery store, they can sometimes be more costly than the traditional alternatives.

This is going to be a personal decision for you to make.

It may be hard to believe that something that is considered to be a natural element can actually do so much damage to your body, but recent studies are enough to give some people pause.

There has been extensive research done, and many of the findings point to the fact that fluoride is potentially harmful. For those worried it may come with some unwanted side effects, perhaps it is time to look at eliminating it from your daily intake.

What do you think?

Are you concerned about fluoride dangers or are you comfortable with products containing it? Let us know in the comments below! 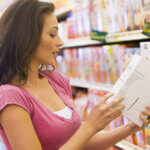 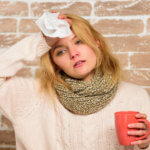