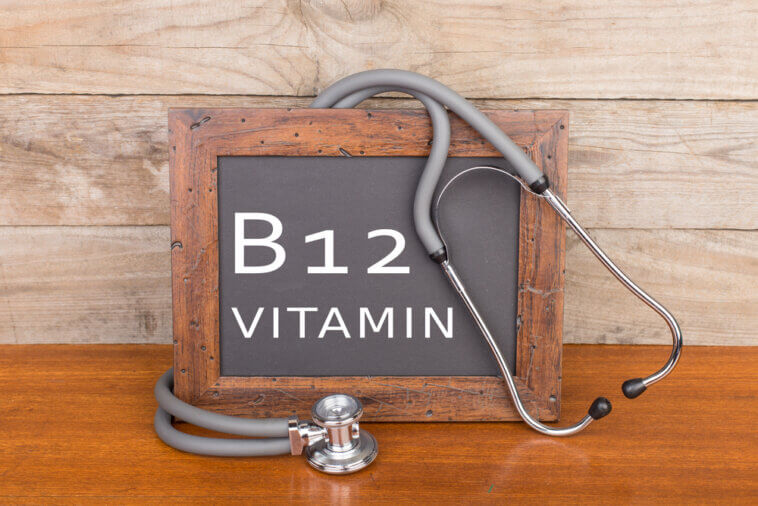 Vitamin B12 is a vital nutrient for the human body. It is important for the formation of red blood cells and DNA synthesis, as well as for maintaining nerve cells in the body. It is known to improve energy, and memory, and reduce the risk of heart disease. It has been linked to a reduction in the frequency of tinnitus. This article will discuss the benefits of B12 and how you can get more of it in your diet.

One study suggests that vitamin B12 supplementation can reduce the severity of tinnitus. In this study, participants with tinnitus were randomly assigned to one of two groups – group A received parenteral intramuscular Vitamin B12 on a weekly schedule, while group B received isotonic saline. After a month, the participants were tested to see if B12 therapy was effective.

Vitamin B12 deficiency is more common in non-migraine people than in white people. Infection with Helicobacter pylori has also been associated with B12 deficiency. Cobalamin deficiency presents with a range of neurological and hematological conditions, including tinnitus. In chronic tinnitus patients, a serum cobalamin determination may help identify whether the vitamin is responsible for the ringing in the ears.

In a randomized double-blind pilot study conducted at Era's Lucknow Medical College, researchers found that vitamin B12 supplementation can help treat chronic subjective tinnitus. Thirty-eight participants, ranging in age from 18 to 60, were randomly assigned to receive one ml of intramuscular Vitamin B12 every week. The other group received a saline placebo injection. At the end of the study, all participants were tested again for tinnitus severity and B12 levels.

The vitamin B12 deficiency is extremely rare in younger people, but nearly 20 percent of adults over the age of 60 may be B12-deficient. Several studies have attempted to determine whether vitamin B12 supplementation can reduce the frequency of tinnitus. A 2013 pilot study published in B-ENT found virtually no effect, while a March-April 2016 study published in Noise & Health showed slightly more promising results. Food sources of vitamin B12 include red meat and fish. The recommended daily allowance is 2.8 micrograms.

Deficiency of Vitamin B12 can lead to tinnitus, which is characterized by a ringing, hissing, or buzzing sound in one or both ears. Tinnitus may also be accompanied by a high-pitched whistling or singing sound. If you suspect a vitamin B12 deficiency, it's best to consult a medical professional as soon as possible to determine whether or not this vitamin deficiency is causing your condition.

A study conducted by Israeli researchers found that supplementation of vitamin B12 can significantly improve the symptoms of tinnitus. B12, also known as cobalamin, is necessary for red blood cell formation, DNA synthesis, and nerve cell function. Other benefits include improved energy, better memory, and prevention of heart disease. However, further studies are necessary to determine if vitamin B12 supplements are an effective treatment for B12-deficient tinnitus.

In a study published in the journal PLOS One, researchers evaluated the role of vitamin B12 in chronic tinnitus. The study included 40 participants with severe, frequent, and prolonged subjective tinnitus. Participants were randomly assigned to one of two groups: group A received parenteral intramuscular Vitamin B12 on a weekly schedule, and group B received a placebo injection. Results were assessed one month later.

The effectiveness of vitamin B12 supplements in tinnitus was evaluated in a randomized, double-blind, placebo-controlled trial. Its results were mixed, with some patients improving while others didn't respond. Additional studies are needed to understand the causes of B12 deficiency and develop an effective treatment. So far, the evidence is mixed. However, there is one promising treatment: oral B12 supplementation.

Symptoms of Vitamin B12 deficiency include tinnitus, which is characterized by a constant ringing or buzzing noise in the ears. Tinnitus can also take the form of hissing, whooshing, humming, or roaring, which is sometimes similar to singing. It may occur in only one ear or both. Vitamin B12 deficiency causes deterioration damage, which in turn leads to tinnitus.

Deficient levels of Vitamin B12 are linked to neuropathy, which affects the nerves of the brain and spinal cord. Deficient levels of this vitamin may result in memory loss, cognitive impairment, and other serious neurological issues. To determine if you may be suffering from this condition, you should schedule an appointment with your doctor for a vitamin B12 blood test. Your doctor may prescribe vitamin B12 supplements or an injection shot.

Vitamin B12 can be found in meat, fortified cereals, and fish, and can also be synthesized in the laboratory. Dietary sources of vitamin B12 include meat and dairy products, eggs, fortified foods, and fortified soy products. You should also remember that poor ear hygiene can lead to a buildup of ear wax and ringing in the ears.

As you age, your body's ability to absorb vitamin B12 decreases. If your stomach does not produce adequate amounts of acid or enzymes, your body will not receive enough oxygen to function properly. Moreover, vitamin B12 deficiency can lead to kidney stones and can even cause the failure of the kidneys. In addition, a low level of vitamin B12 can cause a variety of other complications.

Symptoms of b12 tinnitus

Many people experience symptoms of vitamin B12 deficiency, including ringing in the ears. Vitamin B12 is essential for maintaining the health of the nerves in the body, as well as the production of blood cells and DNA, the genetic material of all cells. Although vitamin B12 is commonly consumed through diet, deficiency can lead to a variety of symptoms, which can progressively worsen over time. One of these symptoms is tinnitus, which is characterized by a ringing in the ears without any external source.

The symptoms of a vitamin B12 deficiency may be subtle and asymptomatic. However, the condition may be caused by an underlying condition. Many people are not aware of their B12 deficiency until they begin to experience a ringing sound in one or both ears. This can be caused by a number of different problems, including allergies, aging, and pernicious anemia. Fortunately, there are several ways to treat this condition, including injections, fortified cereals, soy products, and even certain medications.

One of the most significant studies on the effects of vitamin B12 on tinnitus has been conducted at Era's Lucknow Medical College. There, 40 patients with chronic subjective tinnitus were randomly assigned to one of two groups: Group A received intramuscular vitamin B12 injections, while group B was given a placebo injection. Before the injections, participants underwent a pure tone hearing test and a self-report tinnitus severity index questionnaire. Afterwards, the participants underwent another test to determine whether their levels of vitamin B12 were higher. The treatment caused significant improvement in the patients' hearing at the highest frequency, which was 250 Hz. The other frequencies showed no significant difference.

One study on vitamin B12 treatment of chronic tinnitus reported promising results. Patients with B12 deficiency had improved tinnitus severity index scores compared to those with normal levels of B12. This study was published in the bimonthly journal Noise & Health. The Victory Hearing & Balance Center offers tinnitus treatment. The University of the Pacific is the leading tinnitus treatment center in Los Angeles. 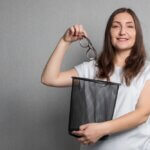 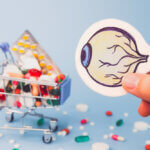