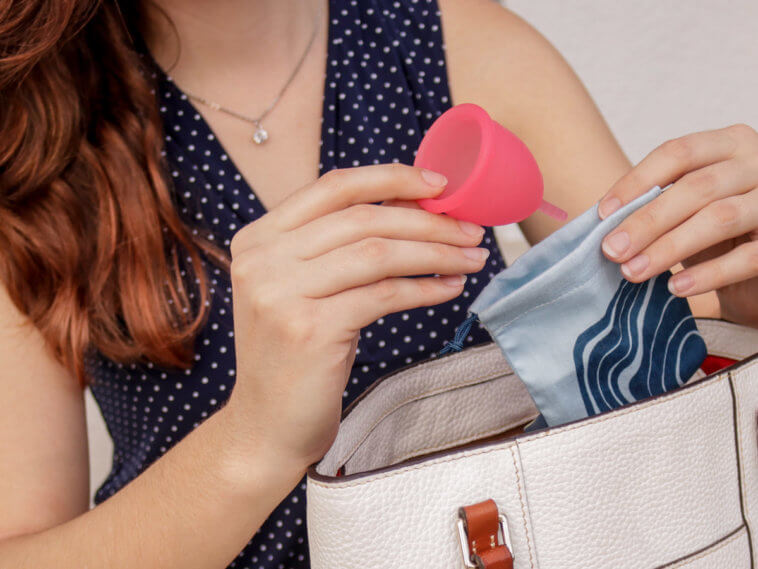 Every woman knows that period are inconvenient and messy. They’re also expensive. Even store brand tampons and pads are expensive. In some states, they’re even taxed!

Over the 30 to 40 years that you menstruate, you can expect to spend thousands of dollars on sanitary supplies.

In recent years, menstrual cups have been gaining attention as a safe, affordable, and environmentally friendly alternative to pads and tampons. One such cup is the SAALT cup, which bills itself as “the premium menstrual cup.” It was recently voted the Best New Cup of 2018 by the Put a Cup In It community, but does the product live up to the hype?

In this review, we’ll explain what the SAALT Cup is, how it works, and what makes it different from the other menstrual cups on the market. We’ll also see what customers who have tried the SAALT Cup have to say about it, tell you how much it costs, and review the pros and cons as we see them before making a final recommendation about the product.

What is the SAALT Cup?

The SAALT Cup is a menstrual cup that you can use in lieu of pads and tampons. It’s made of FDA compliant, medical-grade, chemical-free silicone. It is also completely free of the common allergens latex and BPA, which means that it’s naturally hypoallergenic.

The SAALT Cup can hold up to 4 times as much as a tampon and the company says it’s safer to use than a tampon. We’ll check out those claims later.

How Does the SAALT Cup Work?

As we mentioned, the SAALT Cup is made of soft, flexible silicone. It works by using suction to stay in place inside the vagina. When properly placed, it catches and contains your menstrual flow, keeping it from leaking out until you’re ready to change it.

When the time comes to change it, you’ll simply pinch the cup lightly to release the suction, remove the cup, clean it, and replace it.

It’s important to note that there is a learning curve involved in using a menstrual cup like the SAALT Cup. It takes some practice and it may be a bit messy at first. However, once they get the hang of it, women who use it say that it’s unquestionably better than pads or tampons. Here’s what one customer wrote about her experience with the SAALT Cup:

This cup is seriously amazing! I’ve been using it for about 3 months now, and I’ll never go back to pads! Once it’s in, I don’t feel it at all. There have been times when I’ve forgotten that it’s that time of the month! I haven’t leaked even on my heaviest days. And I love that I only have to mess with it every 12 hours. This cup is life changing. I’m so glad that I finally decided to give it a try!

Used properly, the SAALT Cup can save you time, discomfort, and – most importantly – money.

Who Can Use the SAALT Cup?

The SAALT Cup is designed to be used by menstruating women of all ages. The cup comes in two sizes: regular and light. That means that even teenagers who have just begun to menstruate can use the light cup even if the regular one is too large to be comfortable.

The SAALT Cup can be used during the day, while you’re working out, or at night while you sleep. The special seal ensures that it will stay in place no matter how active you are. You’ll have the peace of mind of knowing that you won’t leak and ruin your favorite underwear while you’re wearing the SAALT Cup. 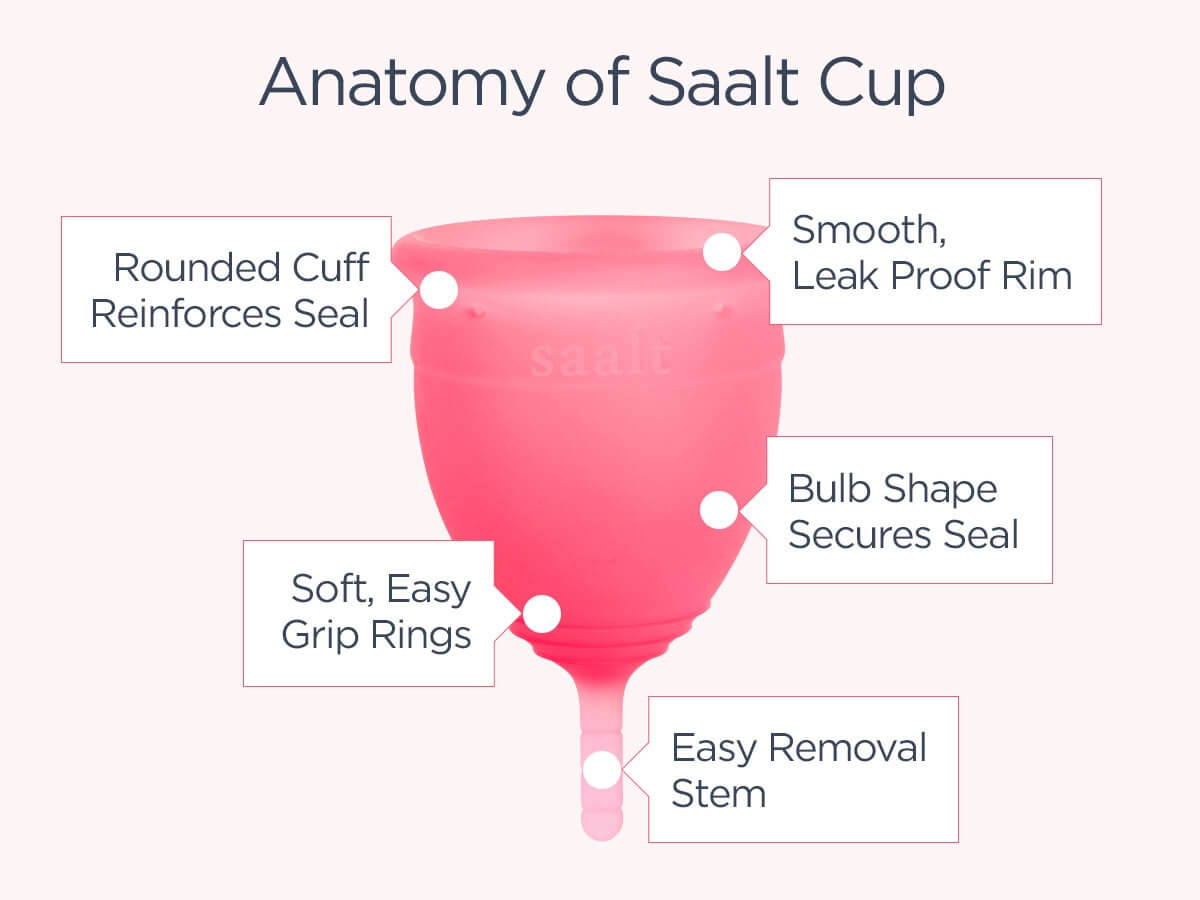 What Makes the SAALT Cup Different Than Other Menstrual Cups?

There are several features and qualities that make the SAALT Cup unique. For example:

These things make the SAALT Cup, in a crowded field of menstrual cups, really stand out.

What Do You Get When You Order the SAALT Cup?

The SAALT Cup is a simple product. When you order, you’ll get the number of cups you requested plus instructions for using them. You have several options when ordering. You can order:

We’ll talk more about the prices later, but there is clear incentive for mothers and daughters to order cups at the same time, or for friends to do the same thing to save a few dollars. We like that there’s an opportunity for women to support one another when they order the SAALT Cup. 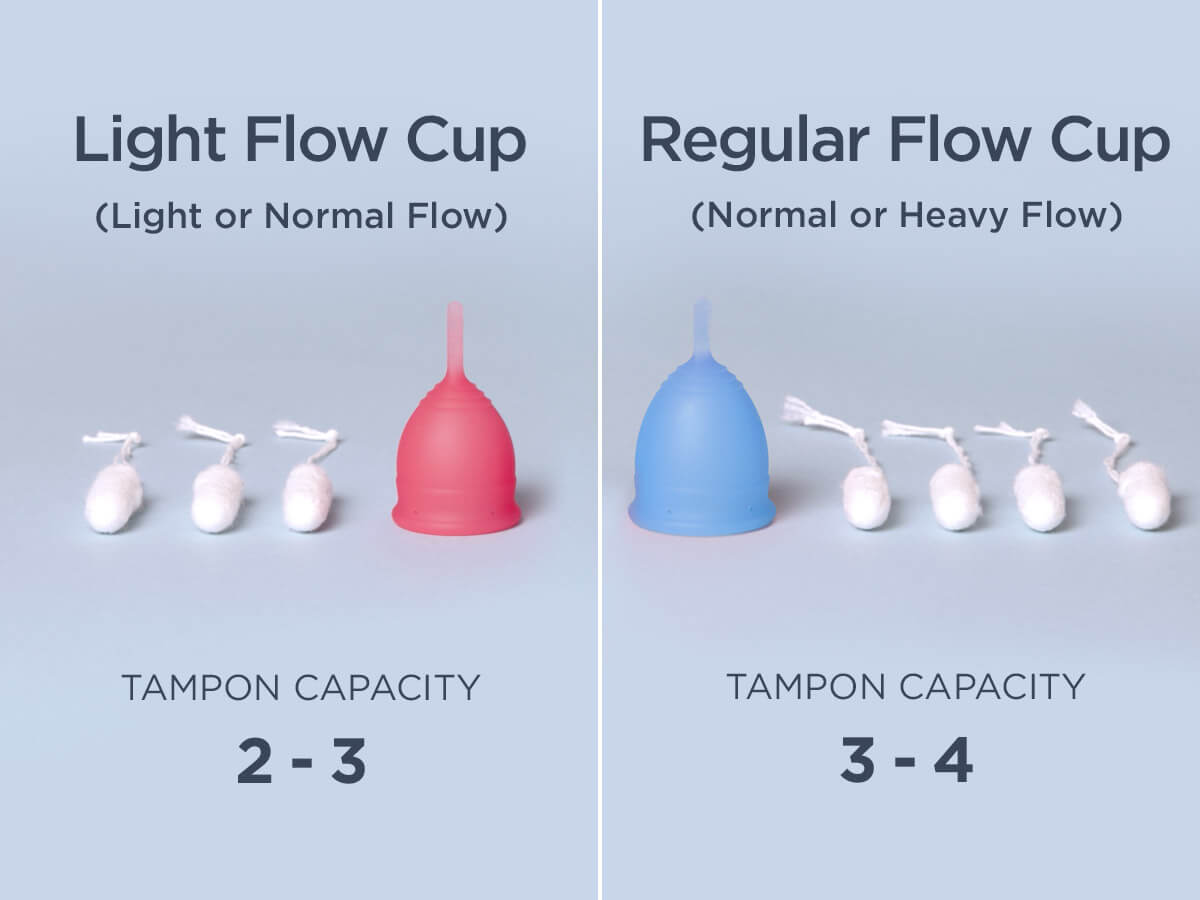 Is There Evidence to Support the Claims About the SAALT Cup?

There are several key claims about the SAALT Cup that are worth looking at. As a reminder, the key claims are:

Let’s look at each of these claims.

The first is that the SAALT Cup holds more blood than the average tampon and can prevent waste from piling up in landfills. This is an easy claim to check. The average woman sheds between 35 and 50 milliliters of blood during her period. Here’s how the numbers break down:

In other words, the regular cup holds more than 4 times as much as a regular tampon, even at the high end of the range. The multiple will be less for super tampons, but even a super tampon will likely hold only about 10 milliliters before it leaks. 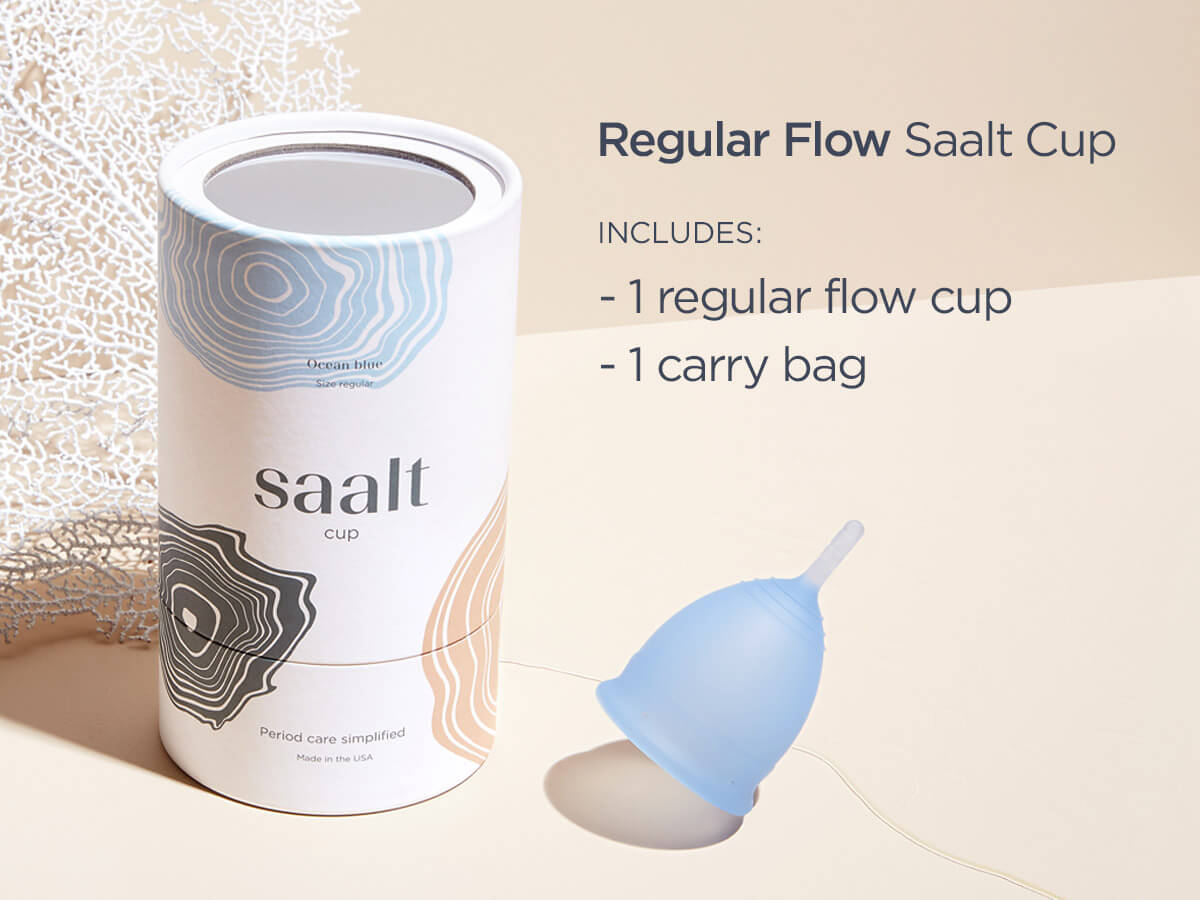 The article also says that as of 2015, the average price of a box of 36 tampons was $7. Obviously, some brands are more expensive and many women buy both tampons and pads. But even sticking with just tampons, you could expect to pay $490 just for tampons in that time. That’s not including the cost of pads, panty liners, and replacements for the underwear that got ruined in that time.

The final claim is that the SAALT Cup is safer to use than tampons. The primary health risk associated with tampon use is Toxic Shock Syndrome. You’re probably familiar with it because there’s a warning in the insert of every package of tampons sold.

According to the Centers for Disease Control and Prevention, there were 5,296 cases of TSS reported from 1979 to 1996. Awareness of the risk has gradually decreased the risks of getting TSS, but there is still a risk associated with wearing tampons.

On a related note, there’s evidence that women who use menstrual cups report greater satisfaction than women who use pads or tampons. One study in Canada found that, after the initial learning curve was complete, women were measurably happier when they used the cup in lieu of tampons.

The takeaway here is that the SAALT Cup is more efficient and more environmentally friendly than tampons, it costs less than tampons do, and it’s safer to use than tampons.

What Are the Pros and Cons of the SAALT Cup?

Every product has pros and cons. Here are the pros of the SAALT Cup as we see them:

There are a few potential downsides to consider as well:

Our belief is that for most women, the pros of the SAALT Cup far outweigh the cons. This is an affordable product that can potentially save you thousands of dollars and make your period less inconvenient and uncomfortable than it would be if you stuck with tampons and pads. 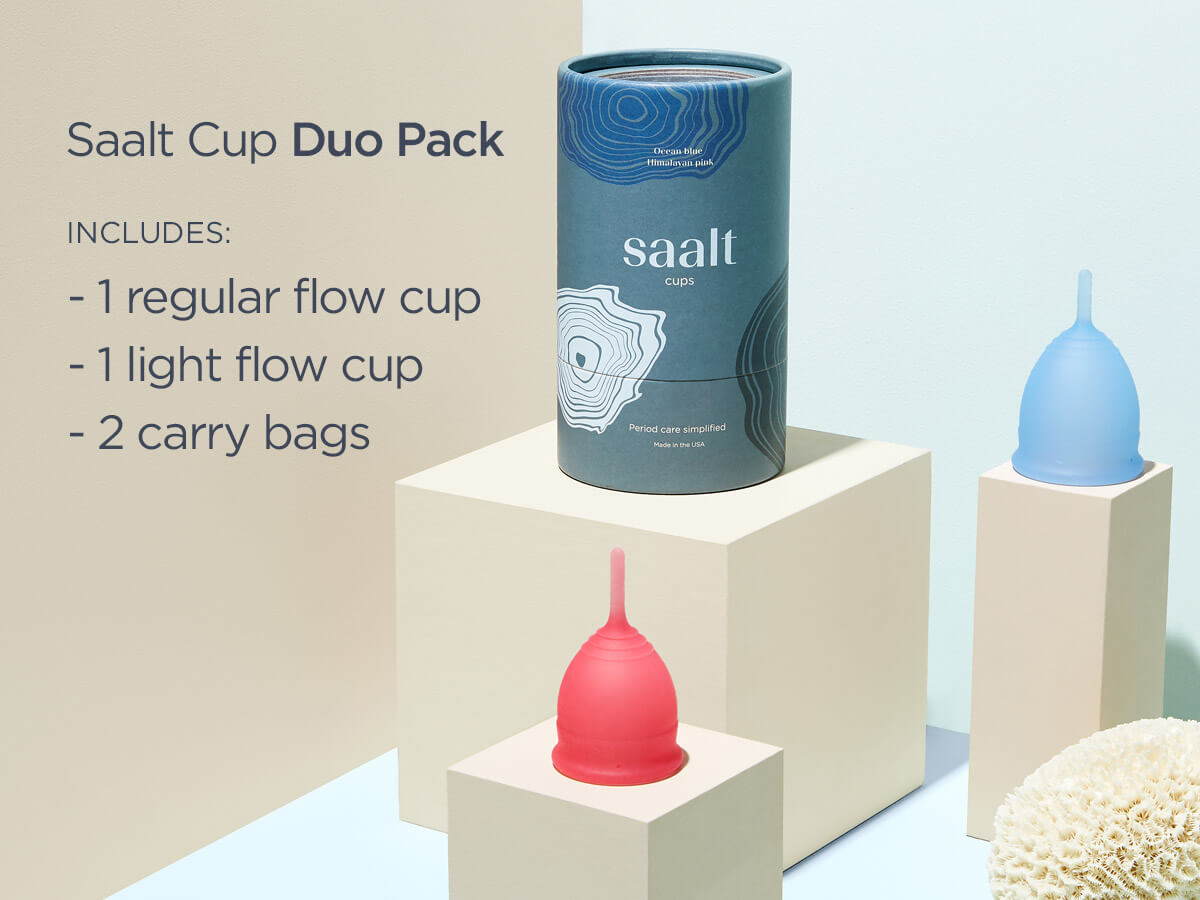 How Much Does the SAALT Cup Cost?

By now, you’re probably wondering how much the SAALT Cup costs. The good news is that you’ll pay less for a single cup as you would for a year’s worth of tampons, and you can use the cup for 10 years. Here’s how the pricing breaks down:

Shipping and handling is free in the United States if you buy two or more Duopacks. It’s also worth noting that every SAALT Cup comes with a 90-day, money-back guarantee. You can try your SAALT Cup for two or even three cycles, and then return it if you’re not completely satisfied.

Our final recommendation is that the SAALT Cup is a product that is worth trying. It’s less expensive than some of the other menstrual cups on the market, and it’s been voted the best new menstrual cup of 2018. 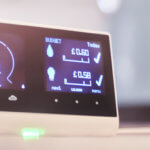 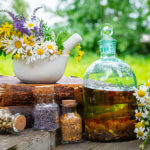