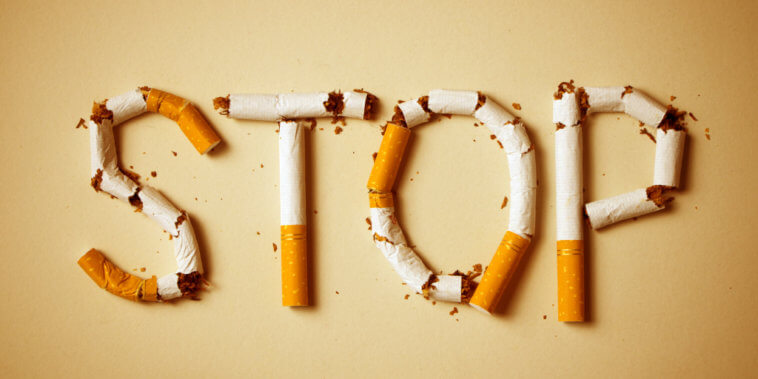 Statistics state that 7 million people die every year in the world from the effects of smoking. While many know the benefits of quitting smoking, it's often extremely difficult to quit.

The harmful chemicals released by the tobacco can negatively affect numerous organs, including your heart, lungs, brain and stomach. While many nonsmokers do develop cancer, smoking increases your risk exponentially.

If you’ve been smoking for a significant number of years, you might think there’s no point in quitting now, but that’s wrong. The body has an amazing ability to heal itself. You can feel and see the health benefits of quitting smoking within as little as 12 hours. Even an hour can help – smokers who are attempting to quit have high success rates after going an hour without a cigarette. 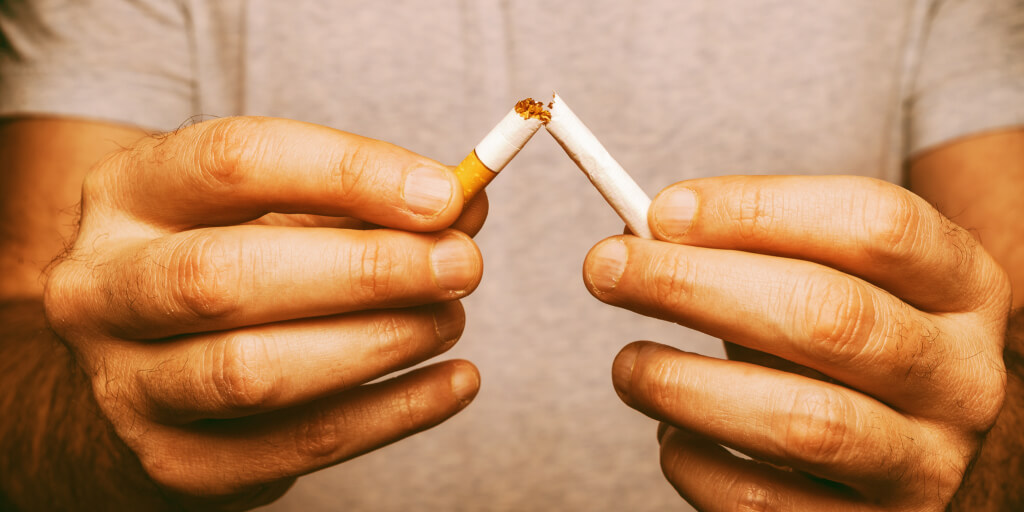 What Happens to Your Body After Smoking?

Everyone knows smoking is bad for our bodies, but many don’t know the effect smoking can have on different organs and overall health.

The lungs take the brunt of the damage caused by smoking. Smoking increases your chance of cancer and chronic obstructive pulmonary disease (COPD.) COPD is actually more than just one disease – it is the collection of multiple lung diseases, such as emphysema and bronchitis. The typical side effects of smoking are wheezing, coughs and asthma. COPD makes it even harder to breathe due to the debilitating damage to the lung tissue and airways.

More than half of deaths are caused by lung cancer or COPD. Even if you’ve already been diagnosed with cancer or COPD, quitting smoking can help ease breathing problems.

The tar in cigarettes is filled with toxic poison (tar) that gets into your bloodstream. Once the poison has reached your blood, it causes blood to thicken. The thicker your blood, the higher your chances are of developing a blood clot. Smoking also raises your blood pressure, which puts extra strain on your heart.

All of these things can increase your chances of a heart attack or stroke.

Smoking can cause stomach cancers, ulcers and acid reflux. Kidney cancer, in particular, is more commonly found in smokers than in non-smokers. The amount of cigarettes you smoke per day increases your risk of developing stomach cancers and other cancers linked to smoking.

Your heart controls your blood circulation. Poor blood circulation can cause heart attacks, strokes and several other fatal medical conditions. Cigarette smoke contains carbon monoxide and nicotine. Both put undue stress on your heart by making your heart faster. Smoking more than doubles your chances of having a heart attack or developing coronary disease. Heart disease is the #1 killer in the world.

The side effects to the lungs and heart are the ones talked about most often, but what about the brain? Smoking increases your risk of having a stroke. Strokes can kill you or they can leave you with brain damage. A main cause of strokes are brain aneurysms. Your risk of developing a brain aneurysm is higher as a smoker. Brain aneurysms are caused by a ruptured blood vessel due to a weakened blood vessel wall. Smoking can damage this wall.

On the surface, smoking can cause teeth to turn yellow and creates wrinkles around the mouth. Many smokers lose their sense of taste and smell. They are also at risk of mouth and throat cancers. Almost 100% of throat cancers are caused by smoking and can result in the removal of the esophagus and vocal cords, if you survive at all.

Smoking can cause impotence and low sperm count in males, making it difficult to conceive children. Women smokers also face fertility issues, but it also makes them more susceptible to cervical cancer. If a woman is pregnant and smokes, it can cause miscarriages or the baby being born prematurely. 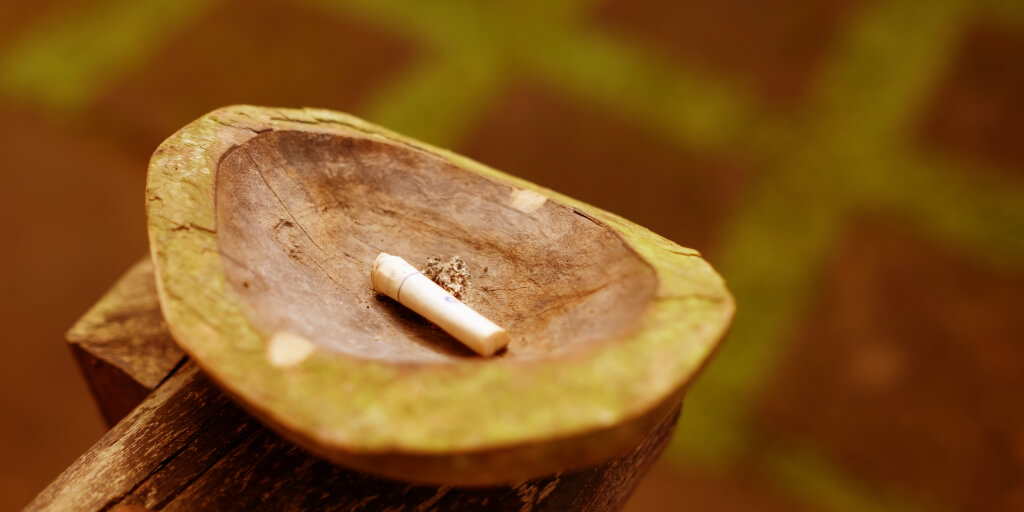 Benefits of Quitting Smoking Over Time

Even if you’ve been a smoker for many years, your body can begin to repair itself and reverse symptoms caused by smoking with a half an hour. People who are trying to quit and go even an hour without a cigarette have better chances at successfully quitting smoking.

Within Days of Not Smoking:

The circulation in your body will improve in a few short hours from your last cigarette. Your blood pressure will begin to return to normal. Your oxygenation levels improve after about eight hours because it will no longer be exposed to carbon monoxide. Carbon monoxide replaces the oxygen particles circulating in your blood, starving your tissues for oxygen.

After a few days, you will notice that you can breathe better and have higher energy. This is because your lungs are starting to heal themselves by allowing the bronchial tubes to open more freely. Your lung capacity in general increases as well.

2 days out is about when the hardest withdrawal symptoms show up in the body. Headaches and nausea are two of the worst symptoms to get through.

Within Months of Not Smoking:

After a few months without smoking, you are able to walk for longer without getting winded. Your lungs are strong enough that you can even exercise, something that was very difficult to do when smoking. You will also get colds less and have even more energy than you did after a few weeks without smoking. If you’ve had sinus congestion, that will disperse after a few months of not smoking. You’ll be able to handle stressful situations better without wanting to light up.

Within Years of Not Smoking:

The longer you go without smoking, the better your chances are at not relapsing. After a year, your risk of heart disease decreases by half. After five years, you’ve reduced your risk of strokes or heart attacks to the same chance as nonsmokers.

At this point, you’ve also lowered your risk of some cancers by more than half. By the time you’ve reached 20 years as a nonsmoker your chance of developing heart disease is the same as those who have never smoked at all.

Quitting smoking is hard, but you can greatly lower your risk of fatal diseases by quitting at any time. 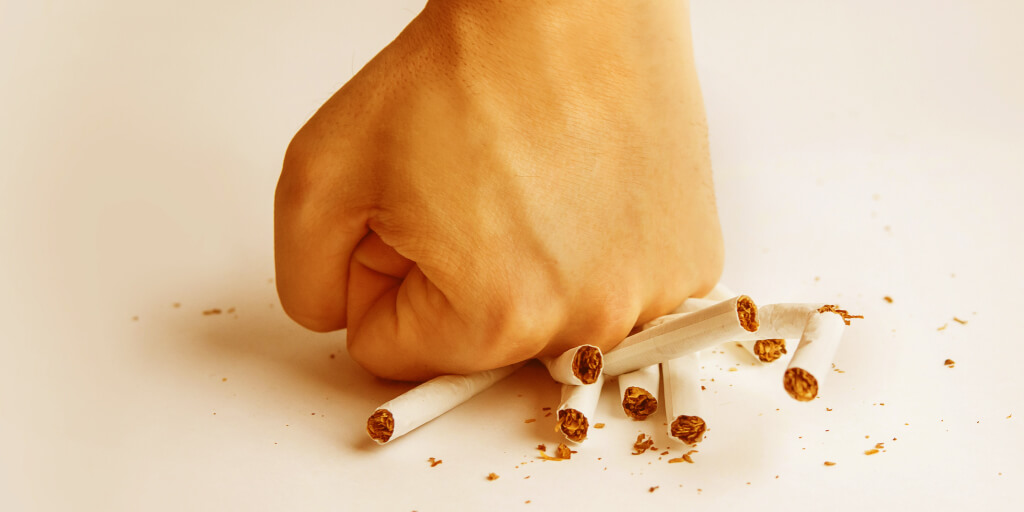 What are the Common Methods of Quitting Smoking?

Going cold turkey is by far the most popular — and least effective — way to quit smoking. Cold turkey is the slang term for stopping something abruptly by sheer willpower alone. Some people cheat a little by limiting themselves to a certain number of cigarettes per day or waiting a set amount of time between lighting up.

It’s not entirely impossible to quit using the cold turkey method. However, some people find it easier to rely on help that holds them accountable to others and have a support network.

Counseling, or behavioral therapy, is about more than just quitting smoking. It’s about digging deeper to find out what causes you to smoke and how to remove those triggers. Experts believe this to be the most effective way to quit smoking. Your counselor can help you set a date to quit smoking and prepare you for the challenges you will face before, during and after the withdrawal.

Nicotine replacement products are sold in pharmacies and online. In stores, they are typically under lock and key due to rampant theft of the pricey aids that help you stop smoking. The products are available in the form of patches, gums, inhalers.

Some insurances help pay for these expensive treatments due to their success rate. The products do come with side effects, such as nausea or heartburn. The nicotine replacement products can be more effective when used with behavioral therapy.

If you have a television, you’ve probably seen the pharmaceutical ads for products such as Chantix that promises to help you quit smoking. If you feel the gums and patches aren’t enough, you can talk to your doctor about prescribing a strong medication. But keep in mind that sometimes the side effects of these medicines may outweigh the benefits.

While the pill might block the nicotine receptors in the brain, they can also cause depression and other physical side effects.

Hypnosis isn’t a clinically proven to help people quit smoking, but many people swear that it did. The hypnotists often claim to be able to help you quit smoking without experiencing the undesired side effects of withdrawal and weight gain. Unlike the nicotine replacement, counseling and doctor prescribed medication, hypnosis is not covered by insurance at all. It could work but it could be a scam. It’s worth a try if you'd like to give it a go. 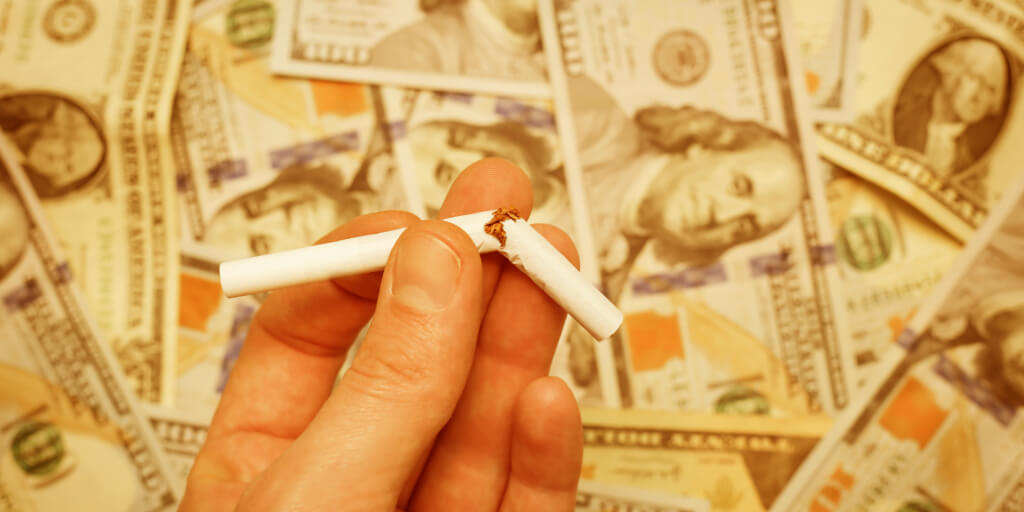 Natural Remedies To Help you Quit

Cayenne is good for more than adding spice to food. It can help reduce the cravings for cigarettes by desensitizing the lungs to tobacco. You can simply add some to your water or food.

St. John’s Wort is known for treating depression, but new studies show that it can also help in quitting smoking.

Part of the addiction to nicotine is due to the release of dopamine. Ginseng can help prevent this “reward” people feel after smoking.

Valerian is a sedative used to treat anxiety and insomnia. It may help reduce those symptoms in people who are trying to stop smoking.

It may seem counter-productive to replace one kind of cigarette with another, but herbal cigarettes are nicotine-free. They do contain chemicals and carcinogens, but not as much as other cigarettes. They can also be used as you transition from smoking to non-smoking life.

Do you have any tried and true methods that helped you put down the pack? Feel free to share your tips down below! 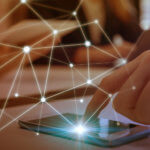 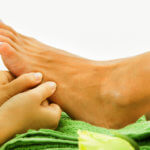