Nutella has long been a favorite of adults and children alike. Starting out as a solid chocolate loaf, the detectable substance is now known as a spreadable hazelnut concoction. The internet is filled with recipes made with this crazily addictive food, and the bottle itself suggests that Nutella is an excellent breakfast food. However, how much sense does it make to have Nutella on the breakfast table? If we take the makers and marketers of Nutella at their word, we may mistakenly think of it as a nutritious and healthy spread. However, with those oodles of sugar and oil inside, Nutella really is nothing more than a gooey chocolate spread.

Nutella fanatics would probably hate this topic, but it’s now apparent that Nutella just isn’t good as a breakfast food. We’ll tell you why below:

Those who make a habit of reading labels know that the word ‘sugar’ anywhere in the first five ingredients is bad news. This is because it means that sugar is one of the major components of that food.

Nutella has sugar as the very first ingredient! Even though we’re constantly told that Nutella is a hazelnut spread more than a chocolate one, it consists mostly of refined white sugar. There’s a bad food choice if there ever was one. This sugar is probably GMO as well since it’s not labeled otherwise.

When you cram all that unhealthiness down your throat first thing in the morning, your sugar level and energy are thrown out of balance. If you give that concoction to your kids, they’re probably not going to be learning anything in between the energy spikes, sugar crashes, hypertension, and aggression. 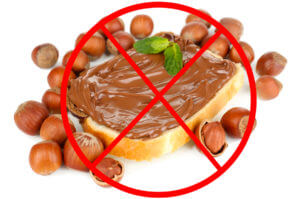 The second ingredient listed is palm oil. This is again quite an unhealthy choice, especially when it comes to starting off the day. Palm oil is quite high in fat and can clog up the body with all sorts of issues. When taken in conjunction with so much sugar, it can weigh heavily on the body.

Ever noticed that you feel heavy and gassy after consuming a lot of Nutella? That’s all the fat and sugar at work, and your body’s protesting. Healthy fats like nuts, seeds, and natural oils are great, but this refined oil would wreak havoc on your mind and body.

Additionally, palm oil has been boycotted by many individuals due to its unsustainable sourcing. Research shows that Nutella’s palm oil comes from factories that were created after clearing away quite a lot of trees. The boycotters’ reasoning is that we shouldn’t contribute to the demand for palm oil. This would hopefully result in fewer trees being cut down in order to make room for its production.

Thus, if you’re an environmentalist or just generally want to prevent the side effects of palm oil production, don’t get that Nutella bottle at all. At the same time, you may want to check all your processed goods. Palm oil is quite a common ingredient in many supermarket spreads and other food items. Nutella is the one that usually gets the bad rap here, though other products are equally guilty.

If you do have Nutella for breakfast, consider the following. The bottle recommends a two-tablespoon serving and, let’s be honest, any more than that is going to give you stomach issues. However, this serving equals no less than a whopping 5 teaspoons of sugar! For a healthy adult male, 9 teaspoons per day are the absolute limit.

Let’s say that you can hold off on consuming any more sugar throughout the day. Still, how do you usually take your Nutella, especially for breakfast? You are certainly not smearing it on carrots. No, people are usually putting Nutella on all kinds of breads, biscuits, fruits (especially bananas), pancakes, etc. Take a close look, and you’ll see that all these pairing foods have their own sugar content! They’re also refined carbohydrates, making the sugar crashes and other unpleasant side effects even worse.

Many of us may protest that there are around fifty hazelnuts used in the making of a regular jar of Nutella. However, this is not such an impressive figure. Remember, there are around ten servings in one jar, so one serving just gets you around five hazelnuts.

This paltry amount is in the spread due to being crushed, powdered, and mixed in with at least double its weight in sugar and palm oil. This hardly leaves any room for the benefits of hazelnuts to get through to you.

A much better option is hazelnut butter or hazelnuts themselves. You can toss them in a blender with some organic honey, cocoa powder, and coconut oil to thin it all out. Be sure to roast the nuts before making a butter or chocolatey spread out of them.

Once you get used to the healthy alternatives, eating Nutella may even become something of a punishment. Get your taste buds back to the natural path, and the synthetic, refined, sugary options wouldn’t even seem tasty anymore. 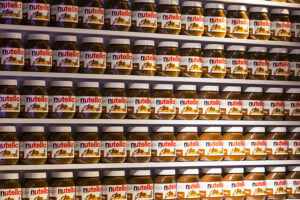 A bit of research would tell you that Ferrero, the company behind Nutella, was actually sued on the charge of false advertising. This is because it had the audacity to tote Nutella as a nutritious and healthy food, especially for breakfast. This kind of marketing is called ‘healthwashing.’ The company had to pay a $3 million fine and make changes to the spread’s labels as well as its marketing campaign. With such a history, we can't really trust Nutella as a healthy breakfast food at all.

If you're used to having Nutella for breakfast, don’t fret. There are several healthy alternatives you can use that would make your mornings brighter than ever. If you just want something sweet, try organic maple or agave syrup, raw honey, or anything that’s natural and wholesome. Your body would soon thank you for increasing your health and energy levels!

Remember, though, that Nutella isn’t just bad for breakfast. It should also be avoided as a regular meal and snack altogether. You may want to put that jar away for a baking day or a rare treat. Nutella is not a nutritious food, and it’s high time we accepted it. 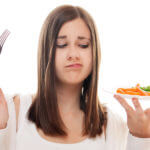 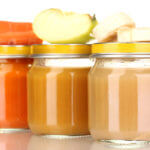