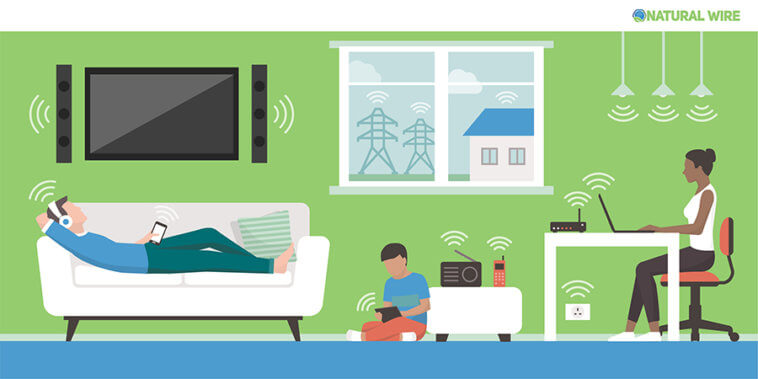 It wasn’t that long ago that most of us went through the day without being in constant close proximity to electronic devices. However, technology has boomed and now everything has changed. Kids and adults alike are tethered to devices. We use cell phones, tablets, and computers nearly around the clock. We take these devices for granted – but what if being near them is more dangerous than we think? Cell phone radiation is a growing concern for many people.

EMF radiation can pose a variety of health problems to everyone. Especially those who spends a lot of time using a computer, cell phone, or even a microwave oven. The best way to alleviate the health risks associated with EMF is first, to understand them. 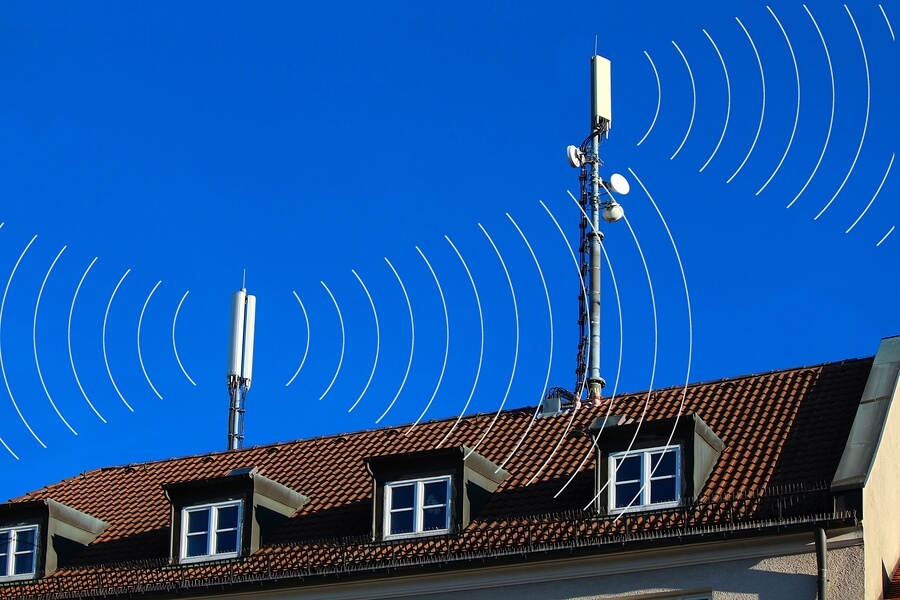 What is EMF Radiation?

The acronym EMF stands for Electromagnetic Fields. Almost any structure, appliance, or device that uses electricity emits an EMF. Some are stronger than others. In general, the closer you are to the source of the EMF, the more powerfully impacted you will be by it.

In other words, EMF radiation is everywhere around us. It’s impossible to avoid completely, unless you're living off the grid. More electric companies are pushing for the use of smart meters, which is another source of EMF radiation. Our constant use of portable electronic devices puts us at a much higher risk than ever. This is especially worrisome, considering the health complications that can arise from extended exposure. 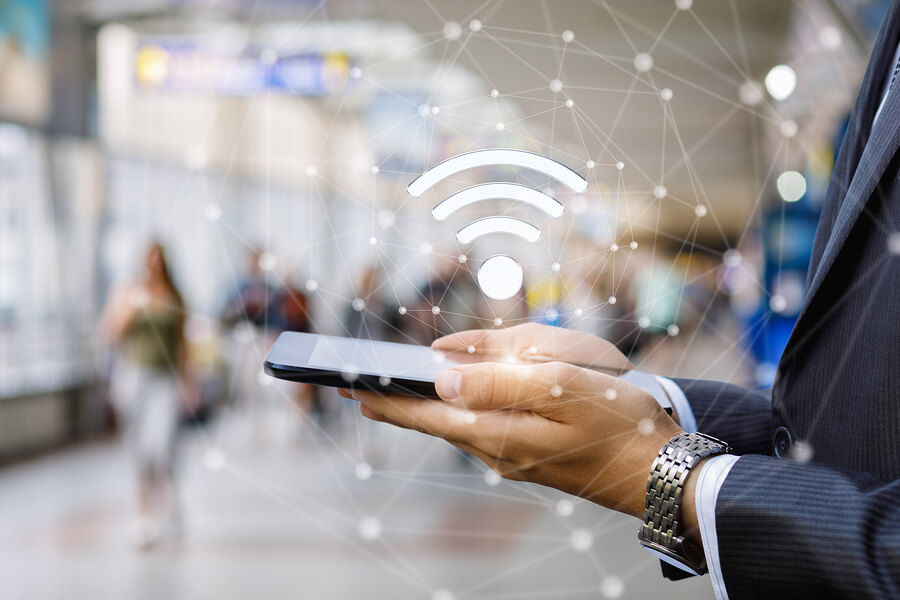 You probably have a WiFi connection in your home. Most of us do, and we commonly leave our WiFi turned on 24 hours a day. As a society, we’ve reached a level of technological advancement of expecting constant internet access. We often take having wireless access to the internet for granted.

But what effect does WiFi have on our health?

A 2018 review in the journal Environmental Research looked at the impact of WiFi on human health.

What it found is both enlightening and disturbing.

The researchers behind the review looked at multiple and repeated WiFi studies and concluded that exposure to WiFi could cause:

Of course, WiFi is not the only thing that can emit EMF. Some of the 10 to 16 studies that documented these health effects also noted that exposure to microwave frequency EMFs could have the same effect.

The review also looked at one of the studies that claimed that WiFi caused no damage, and found the methodology behind it to be deeply flawed. The conclusion is that we should be concerned that using WiFi can cause a variety of health problems and work toward limiting our exposure to it.

Later on, we’ll look more closely at studies that looked at the health effects of EMF exposure. 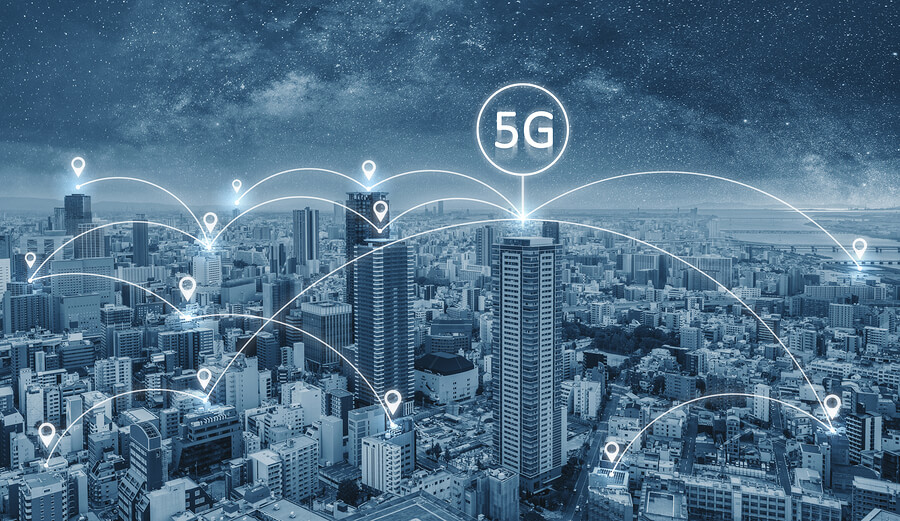 Another very common source of EMF exposure is 5G. This is what powers our cell phones and allows us to surf the web, text, and watch videos on our phones and tablets.

Radiofrequency radiation is part of EMF, and even brief exposure to it can cause permanent tissue damage. It can also have a long-term impact on our physical and mental health. Several studies and reviews have looked at 5G exposure and concluded that:

It’s clear from the research done to date that there is cause for concern. As is often the case with technology, we rapidly adopted widespread use of both WiFi and 5G. The tech was rolled out without understanding or – in most cases – even considering the potential dangers. Most developers didn't test prolonged exposure to radiation and how it can affect our health and well-being. 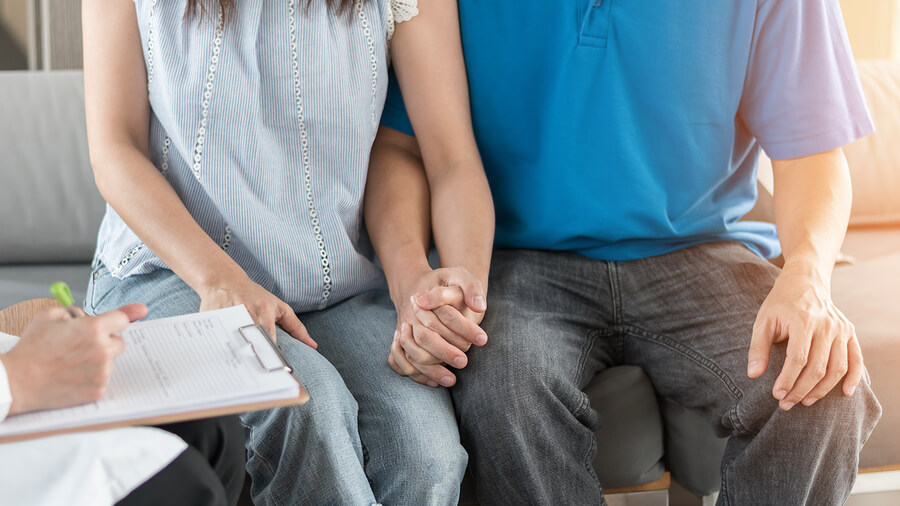 EMF and Fertility of Women and Men

One in every ten couples in the United States struggle with infertility. This can cost couples trying to conceive thousands of dollars and take an emotional toll as well. It turns out that EMF may be an important contributing factor to infertility in both men and women.

Let’s start with women. A 2010 study looked at how low-frequency EMF impacted the fertility of female mice. It found that EMF exposure had a detrimental effect on the mice in two ways:

A 2014 study in Brazil looked at the impact of endocrine disruptors (including EMF) on human women and found a similar effect. EMF can cause polycystic ovary syndrome (PCOS) This is a condition that can cause infertility. It may also lead to premature ovarian failure.

Women aren’t the only ones impacted by EMF exposure. There’s evidence that using a laptop connected to WiFi can lead to fertility problems for men as well. A study from 2012 found that frequent laptop use could lead to:

All three of these can negatively impact a man’s chances of producing children. Yet, many men use laptops on a regular basis. They might not even be aware that doing so may affect their ability to father children. 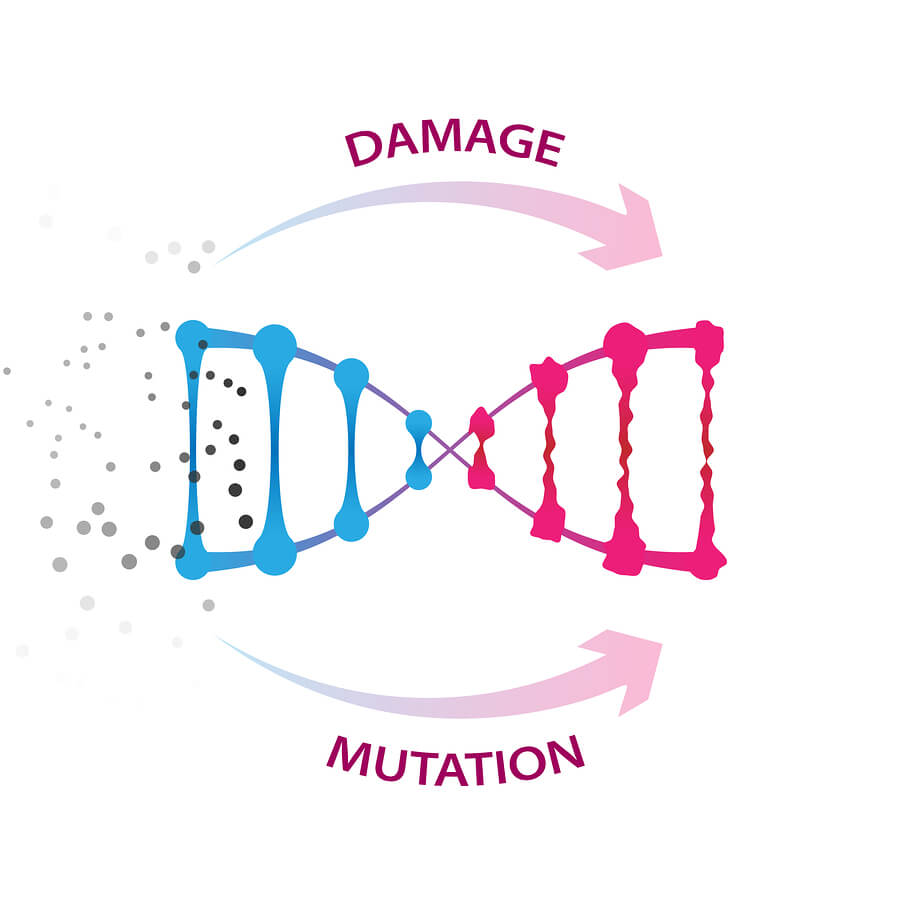 We’ve already talked about the fact that EMF exposure can damage the DNA in sperm cells. This clearly is something that can impact male fertility. However, there’s another way that EMF can damage DNA – and it may be linked to cancer.

A 2008 study looked at EMF exposure and whether it could cause breaks in DNA strands. They looked for both single strand breaks and double strand breaks.

The researchers concluded that, while there was no clear pattern of DNA damage as a result of exposure to EMF or radiofrequency radiation, under certain circumstances it was undeniable that exposure had a genotoxic (gene damaging) effect.

They acknowledged that their study does not provide conclusive proof that EMF exposure always damages DNA. Their findings found there is certainly ample reason to believe that it does in some cases. They encouraged future study to understand the various factors that might combine with EMF and radiofrequency radiation. Environmental and biological factors, coupled with EMF radiation, may lead to DNA damage.

A 2014 study looked at the same issue and concluded that exposure to low-frequency radiation could damage strands of healthy DNA. It did not reach any conclusions about the long-term effects of the damage. As with the earlier study, the researchers made it clear that further study is necessary. 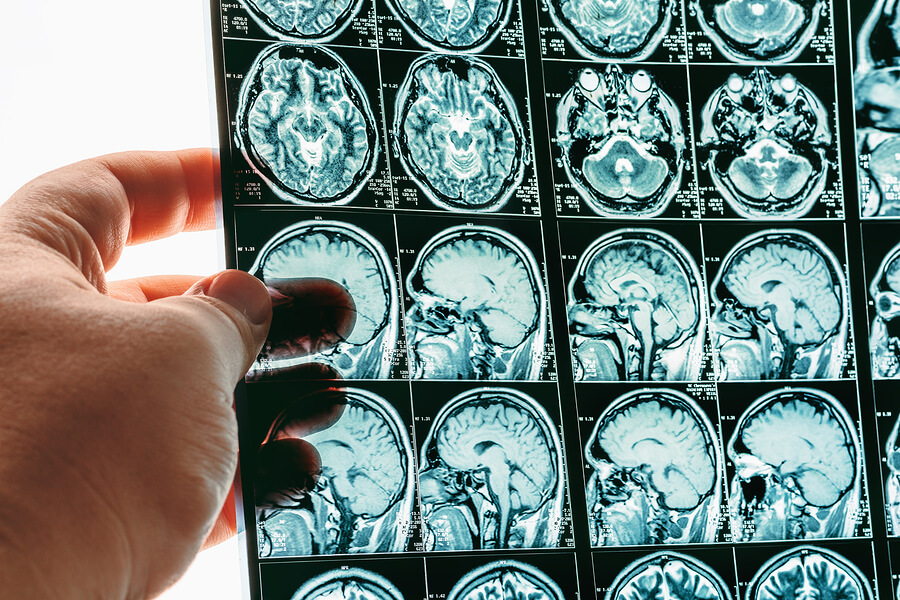 EMF and the Brain

The human brain is responsible for overseeing every bodily function that keeps us alive. It's no surprise that many researchers want to look at the impact of EMF exposure on the brain. Studies can determine what precautions, if any, should be taken.

Let’s start with an early study into the effects of EMF exposure on the hippocampi of rats. In 2001, researchers exposed slices of hippocampus tissue to the same kind of low-frequency radiation that comes from cell phones. They found that exposure to low-frequency radiation could excite activity in hippocampal tissue. They also included that there was a thermal effect that could exacerbate or mitigate exposure. In other words, higher temperatures led to greater absorption of radiation.

A 2009 study looked at the ways in which EMF exposure damaged the brain cells of mice. Living mice were exposed to EMF for a period of two months. At the end of that time, they were killed and the researchers studied samples of brain tissue to see how the EMF exposure had affected them.

They found that the frontal cortex tissue had sustained some damage from the EMF exposure, and there was pyramidal cell damage as well.

Considering that two months is a relatively short time – and many of us have been using cell phones and WiFi on a daily basis for years – it’s not difficult to draw some frightening conclusions about what repeated exposure to EMF has done to our brains.

Another study from 2006 looked at the impact of EMF exposure from mobile phones on brain excitability in humans. Anything that impacts the function of the brain is of concern. The results of this study certainly indicate a potential cause for alarm. It found that exposure to EMFs had a direct correlation to brain excitability. Direct exposure (meaning bodily contact) caused the greatest increase in excitability.

Of course, there’s no way to state conclusively that using a cell phone or a laptop will permanently damage your brain. There are too many variables for that. However, there is certainly a reason for all of us to do what we can to limit our exposure. 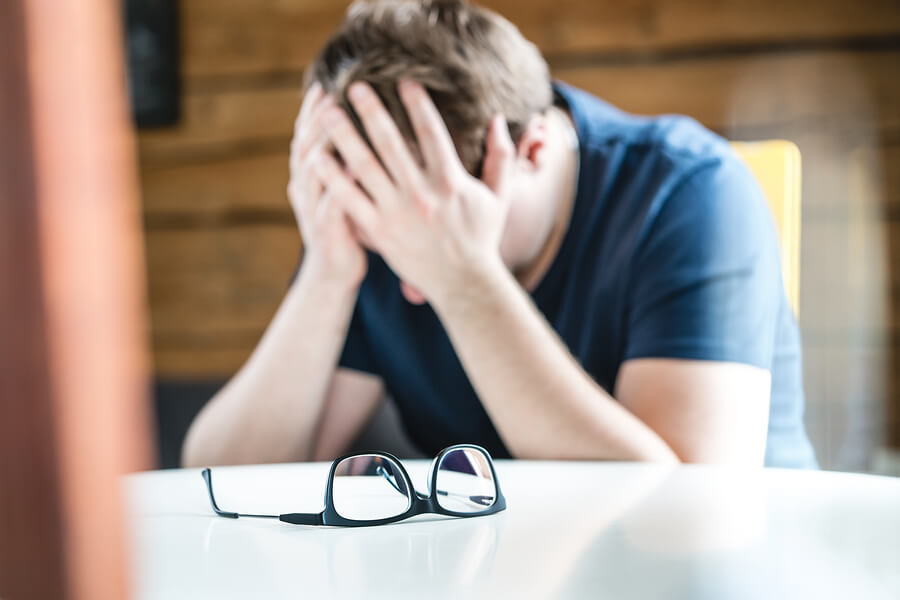 One of the most disturbing news items from 2018 had to do with a big increase in the rate of suicide in the United States. Suicide rates rose in nearly every state, and disturbingly, the people who died by suicide had no previously reported mental illness in 57% of cases.

It’s very difficult to state definitively that there was no mental illness in these cases. Many people who suffer from depression, anxiety, and other mental disorders do not seek treatment. That means that some of the people who took their lives may have been living with untreated mental illnesses.

However, there is some evidence to suggest that exposure to EMF may be related to depression and suicidal thoughts, particularly in young people. A 2012 study looked at the effect of mobile phone use in adolescents and teenagers, specifically at their use late at night when the users should have been sleeping.

It found that there was a correlation between nighttime mobile phone use and depression, self-harming, and suicidal thoughts.

It’s important to note that the study pointed out that there was a potentially mitigating circumstance to its conclusions. Lack of sleep may also be a contributing factor to depression and self-harming, including suicide.

A 2011 Taiwanese study found that there was a high incidence of self-reported EMF sensitivity in people over the age of 65 as well as those with serious ongoing health issues. In other words, EMF exposure may impact people of all ages – and it’s also likely that co-existing health factors can impact a person’s susceptibility to the negative effects of EMF exposure.

It’s also worth noting that EMF exposure may impact some hormones that aren’t related to fertility. For example, a 2008 study found that long-term EMF exposure caused increases in cortisol levels in hamsters. Cortisol is one of the stress hormones and high cortisol levels have been linked to mental illness.

One of the most disturbing things about the research into the impact of EMF exposure is that even if we limit our exposure, the long-term effects can be profound.

The reason for that is that, according to a Ukrainian study from 2001, the human body may remember the effects of EMF exposure, and replicate them, even when exposure ends. That may be a reflection of the ability of low-frequency radiation to alter or damage our DNA. Once DNA has been damaged, it can permanently impact our health on multiple levels – and in ways that may be difficult to predict. 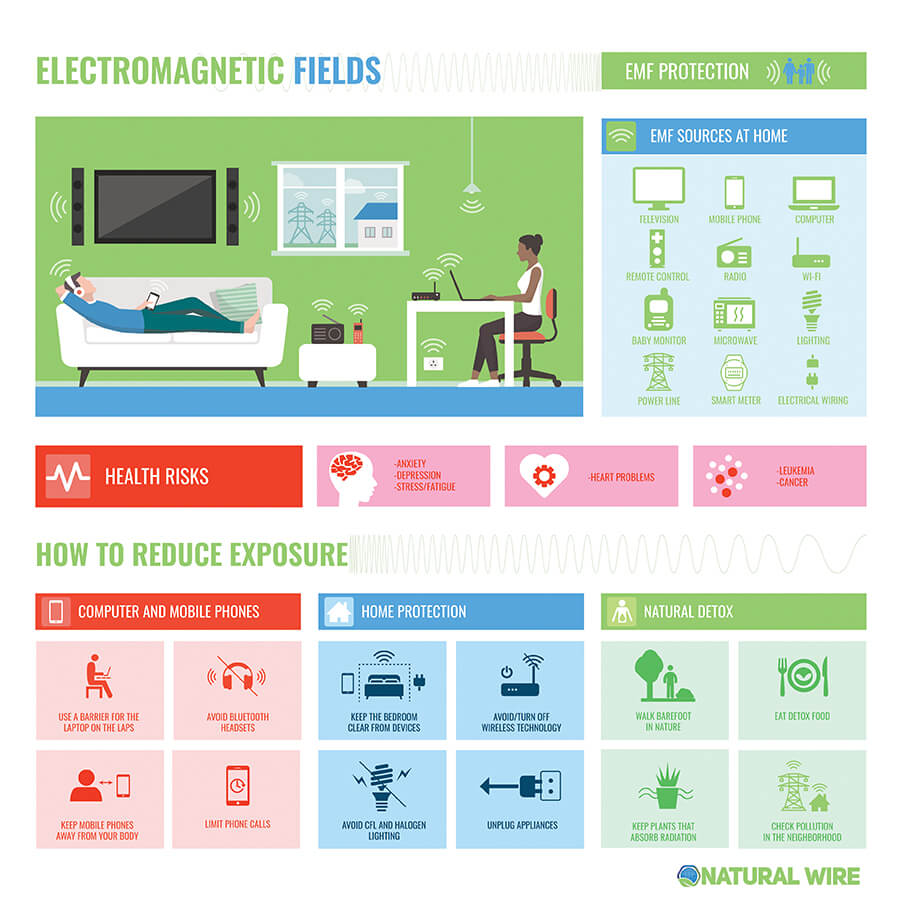 There’s no question that we should all be cautious when it comes to repeated and long-term exposure to EMF. As if often the case with human technology, we have adopted WiFi and 5G without truly considering the potential harm these things can cause to our health. Further study is needed, but finding ways to put down your cell phone and get away from your laptop can help you limit your exposure and any negative health effects that may arise from their long-term use.

Do you try to limit your daily exposure to EMF radiation? Share your EMF Radiation reducing tips down in the comments below. 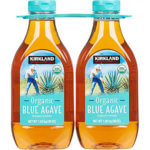 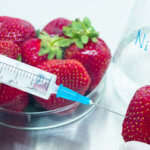