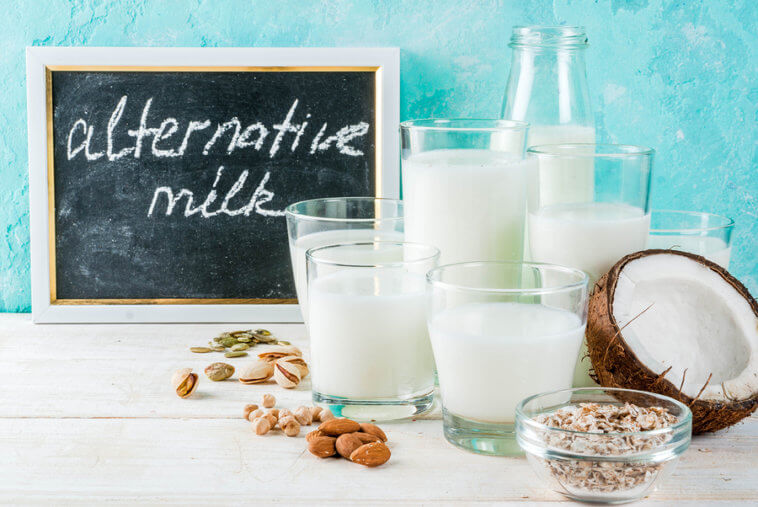 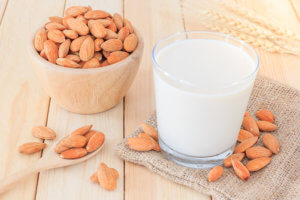 Both are plant based milk alternatives and thus suitable for vegans. Both have little saturated fat and are hence healthy for the heart. They do not contain lactose and are effectively safe for those who are intolerant of dairy milk. It should be noted that almond milk and soy milk are not necessarily a universal option for all as those allergic to almond or soy will experience side effects, including severe allergic reactions.

Dairy or cow milk is rich in protein, calcium and vitamin D among other essential nutrients. Soy milk has more protein and polyunsaturated fats compared to almond milk. The two attributes make soy milk better for those who need more protein in their diet and older people at risk of heart disease. However, almond milk is more suited for those who want to lose weight as it has fewer calories. Almond milk has more monounsaturated fats, which are also healthy for the heart so it is suitable for older people at risk of cardiovascular diseases.

Soy milk has less sodium than almond milk. Those who have low blood pressure and anyone with sodium deficiency should go for almond milk. Since neither of these two milk alternatives contains lactose and both have little saturated fat, there are no universal risks as such. There are sweetened variants of almond milk and soy milk. You should avoid such sweetened versions if you are diabetic or are at risk of diabetes. It is best to choose an unsweetened or natural version of either of the two. Many milk alternatives come with added sugars, thickeners, emulsifiers and other additives. It is best to keep these in check while picking a pack.

Advantages and Disadvantages of Milk Alternatives 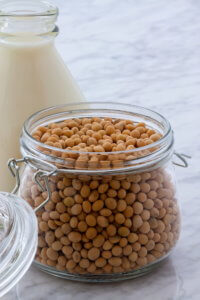 Milk alternatives are plant based. They are the only real substitute for vegans or vegetarians and lactose intolerant consumers. Milk alternatives are also a greener substitute. Plant based dairy has a much smaller carbon footprint. Regions where soy and almond are cultivated in abundance would also have an immediate economical impact. However, regions where soy and almond are scarce may not have this advantage and consumers in markets that import such milk alternatives would have to pay a much higher price than dairy or cow milk that is usually sourced locally.

Almond milk and soy milk are not really milk or fluidic substitutes of their solid states. Almonds are rich in protein. Almond milk is not so rich in protein. A pack of almond milk would be mostly water. As much as ninety eight percent of the content in the pack may be water, minerals and vitamins. The rest could be the liquid extract of ground almonds. A similar proportion applies to soy milk as well. Hence, almond milk or soy milk is not really an alternative for almond or soy. Milk alternatives containing a lot of emulsifiers, preservatives, thickeners, flavors and sugar are not healthy.

Milk alternatives do not have all the nutrients that cow milk or diary has. Almond milk does not have any calcium. Only fortified almond milk may have enough protein to meet a specific dietary requirement. Soy milk also does not contain any calcium unless it is fortified. All fortified versions of milk alternatives cost substantially more than their normal variants. Then there are some side effects. Excessive consumption of soy milk can lead to thyroid disease. Excessive intake of soy or soy based foods can reduce sperm count and cause infertility. Rice milk is derived from milled rice and it too contains lots of water. Rice milk also needs to be fortified to have vitamin D and calcium. Rice milk is rich in carbohydrate and has very little protein so it is not really a great alternative, even though it is not allergenic. 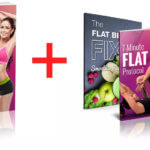 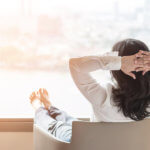